Digits Financial has raised $10.5 million in a Series A funding round led by Bechmark and participated in by 72 angel investors. 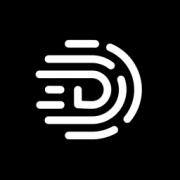 Digits remains invite-only for the time being

Digits has also brought venture capitalist and Benchmark general partner, Peter Fenton, onto its board.

The fintech is lead by the same team that founded crash reporting and analytics firm Crashlytics, which was sold to Twitter for more than $100 million and then bought up by Google.

Among the 72 angel investors for Digits are GitHub, Tinder, Twitch, and SoFi.

Digits calls itself “a counting company” and aims to help entrepreneurs solve issues with financial reports, paperwork and spreadhseets by “democratising the financial savvy”.

The firm uses APIs, algorithmic classification, and machine learning to offer users a real-time view of finance, and alert them to trends in their data.

Digits remains in stealth mode for now and remains at an invite only stage. The firm claims that it has processed more than $1.5 billion on its platform already from early-stage users.