Brazil’s first LGBTI+ bank, which it says is also the first in the world, has launched its beta testing in a bid to support the gay community to bank without fear of discrimination. 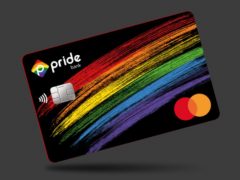 “There are so many capable people that could be making money, and making the economy greater but they’re not doing it,” Marcio Orlandi tells Reuters, noting how many outwardly gay people in Brazil still struggle to get jobs and maintain financial stability.

With a mind to add health insurance and travel agency services in future, Orlandi continues: “We want to make sure that this bank is not just another bank, but a bank that really looks to its community […] Making sure that we stand and we resist is really important.”

Despite legalising gay marriage in 2013, Brazil is still a notably religious country where homophobia is not uncommon. Last year Brazil’s far-right president, Jair Bolsonaro, tried to stop LGBTI+ films being publicly funded and threatened to rid school textbooks of homosexuality all together.

Orlandi says that in a climate where Bolsonaro’s gay hostility could jeapordise the country’s multi-billion dollar tourist economy, the establishment of Pride Bank couldn’t come at a better time.

Elsewhere in the world, Michigan state gave approval for LGBT-friendly Superbia Credit Union to launch in the US next year.