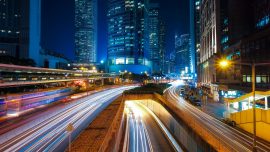 In July 2018, the Hong Kong Monetary Authority (HKMA) introduced its Open API Framework, for the broader adoption of APIs by its banking sector. Since its launch, over 500 APIs have been made available by 20 participating banks.

Swift and HSBC are aiming to avoid fragmentation on common use cases, speed up and ease API integration and improve interoperability with the Hong Kong Faster Payments System’s clearing and settlement platform.

Related: HKEX CEO – London could be centre of the world for RMB

“In recent years, the financial industry has moved from safe payments to fast payments, and is now embracing richer data payments as the world is moving towards Open Banking,” says Lisa O’Conner, managing director for capital markets and standards Asia Pacific at Swift.

“In this context, the adoption of a common set of standards, such as ISO 20022, is a necessity to ensure interoperability between systems and reap the full benefits of open APIs.”

For Nadya Hijazi, head of digital, global liquidity and cash management at HSBC, “the market is rapidly changing, with customers more technologically sophisticated and digitally oriented in their approach.”

“We see immense value in defining an ISO 20022 JSON standard and have adopted these standards in our Treasury APIs for collections in Hong Kong.”