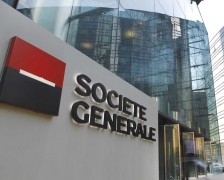 The project with FNZ would have seen Kleinwort Hambros deploy a new business process outsourcing (BPO) centre. In place of the FNZ platform, Kleinwort Hambros has migrated back onto ERI Bancaire’s Olympic system. The firm is a long-standing user of the platform, and Olympic has also supported a wide network of SocGen’s private banking subsidiaries worldwide for many years.

“We can confirm that we have successfully migrated on to one platform which will ensure we continue to serve our clients across all jurisdictions at the highest level,” a Kleinwort Hambros spokesperson tells FinTech Futures.

“This new banking platform is based on the existing system that supports legacy Hambros (Olympic). This is the last milestone of the integration and will allow us to grow our business whilst strengthening the bank for the future and for the benefit our clients.”

Kleinwort Hambros has experienced a handful of technology projects, management changes and ownership shifts over the years.

Formally known as Kleinwort Benson, the firm found a home with a Belgian investment group RHJ International (later known as BHF Kleinwort Benson). It was then taken over by a Franco-German financial group, Oddo & Cie, and in Spring 2016 SocGen snapped it up.

SocGen merged Kleinwort Benson with its existing UK private banking subsidiary SG Hambros in 2017 to create a firm managing more than $14 billion in assets under management. Full integration of the two businesses was completed in October.

Bloomberg reported in July that SocGen is looking to offload Kleinwort Hambros. It is believed that Swiss private bank Julius Baer is among the first-round bidders, while EFG International and Bank J Safra Sarasin are also interested. The spokesperson declined to comment on these rumours.

Back when it was Kleinwort Benson, the firm used Temenos’s T24 core banking system. It ran the older version of T24, Globus, alongside Misys (now Finastra) Bankmaster and a mixture of in-house software.

It replaced these a number of years ago with the OBS core banking system from a German vendor, Die Software Peter Fitzon. It then went back to Temenos, replacing OBS with T24.

FNZ was contacted for comment, but had yet to respond at the time of writing.