The US Federal Reserve has approved a final rule simplifying the Volcker Rule ban on proprietary trading, becoming the fifth and final regulator to sign off on the changes. 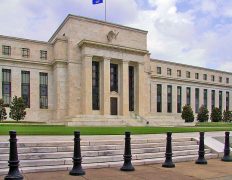 Aimed at making it easier for banks to comply with the original Volcker Rule, the simpler version – labelled Volcker 2.0 – will go live on 1 January 2020, with banks being given a year to comply.

“Community banks generally are exempt from the Volcker rule by statute,” it continues. “The revisions continue to prohibit proprietary trading, while providing greater clarity and certainty for activities allowed under the law.”

Established in the wake of the global financial crisis, the Volcker Rule refers to Section 619 of the Dodd-Frank Wall Street Reform and Consumer Protection Act.

It prohibits banks from using their accounts for short-term proprietary trading and from taking on too much risk by using their own funds to attempt profit-making investments.

Jelena McWilliams, chair of the Federal Deposit Insurance Corporation (FDIC), which approved the simplification rule in August, stated at the time that the Volcker Rule has been one of the most challenging post-crisis reforms to implement for regulators and the industry.

“Distinguishing between what qualifies as proprietary trading and what does not has proven to be extremely difficult. Meanwhile, banks that do relatively little trading are required to go through substantial compliance exercises to ensure that activities that have long been considered traditional banking activities do not run afoul of the [rule].”

US President Donald Trump has been a vocal critic of the Volcker Rule and the Dodd-Frank Act. Trump has argued that the rules are too restrictive on banking activities, and made loosening the rules a high priority since he took office.

In 2018 the Federal Reserve eased the rules for small and medium-sized banks, allowing them to undergo stress tests every two years instead of annually. Other banks were allowed to hold fewer liquid assets on balance sheets.