The European Banking Authority (EBA) has provided merchants with a migration period for strong customer authentication (SCA) under the second Payments Services Directive (PSD2) that must be seen as a notice for firms to get into gear, according to market participants. 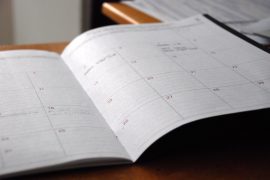 Firms should use the time granted to them wisely

“The delay should serve as a warning, not a reprieve. It is the collective responsibility of all interested parties to ensure the delay is used, and not abused. We can’t arrive into next year’s Christmas season still worried about the readiness of European merchants.” Iain McDougall, UK and Ireland country manager at Stripe, tells FinTech Futures.

The EBA published an opinion paper in October on the migration to SCA in October, setting a new deadline as 31 December 2020.

The opinion recommends that national competent authorities (NCAs) take a “consistent approach toward the SCA migration period” across the EU and ensure that their respective payment service providers (PSPs) carry out the actions set out in the opinion paper.

The EBA requires that NCAs impress upon payment providers that the flexibility granted by the regulator is not equivalent to a delay in the application of the regulation, but rather a reprieve from sanctions and enforcement actions.

An 18-month delay had been floated as enough time for merchants to get to grips with requirements. UK Liberal Democrat MP, Chuka Umunna, then an independent, requested such a delay while questioning Kelly Tolhurst, minister for small business, consumers and corporate responsibility at the Department for Business, Energy and Industrial Strategy.

Stripe’s McDougall adds: “While some markets hoped for an 18-month delay, others requested an immediate roll out of SCA due to the readiness of local regulators, issuers and merchants. But, increasingly, merchants don’t just operate on a national level, so if the roll-out of SCA had been inconsistent across markets, it could have significantly damaged the European economy.”

“With a clear deadline in place, the hundreds of thousands of merchants who are still not ready for SCA must now use the extension period to take the necessary steps to ensure a smooth transition and protect their revenue.”

Jackie Barwell, director of fraud product management at ACI Worldwide, doesn’t believe that firms were wrongly pinning their hopes on an 18-month extension and that many are ready to move right away. “All players, as far as I can see, are doing their best to be ready as early as possible and are certainly not ‘planning’ on waiting until closer to the new deadline to be ready,” she tells FinTech Futures.

“If anything, bringing this deadline forward helps keep the minds focused on the fact that this date will come round so quickly – and in fact, being so embedded in most merchant’s annual busiest trading period brings it very much to the top of their priority to get this ‘done’ in good time in the first half of 2020.”

McDougall believes that now is the time for merchants to upgrade their systems to become both frictionless and compliant with SCA. “There has never been a better incentive for merchants to integrate modern authentication methods that minimize friction whilst complying with SCA regulations – such as Apple Pay or Google Pay,” he says.

“Often new regulations create more burdensome customer experiences, but it doesn’t always have to be that way. Sometimes regulation can act as a spur for the creation and adoption of new ideas.”

A potential upside of SCA, he adds, is that merchants have been encouraged to integrate more payments methods while keeping their customers in mind.

“Today there are still hundreds of thousands of European online merchants yet to upgrade their payments set-up to prepare for the incoming regulation. This represents a significant risk to Europe’s online economy, but it also represents an opportunity.

“By updating and improving their payments setup to include methods like Apple Pay and Google Pay, Europe’s online economy can become both safer and easier to engage with.”

Barwell agrees that there appears to be a buzz around the potential that upgraded payment systems hold. “The question here is whether an apparent ‘one-click check-out’ scenario is more attractive to consumers than the protection offered by paying by credit card,” she says.

“This is a possibility according to some opinions, hence the new interest. Additionally, there seems to be more interest in other new payment methods that enable the consumer to spread the cost by using new payment service offerings without using credit cards – payment methods such as those offered by Klarna, which provides three different ways to ‘delay’ full payment of goods.

“Perhaps therefore, a combination of a ‘Klarna-like’ payment option accompanied with a means to pay directly from your bank account is a strong possibility for the future.”

“Most importantly, it’s a chance to review the entire shopping and payments experience in the eyes of the customer. Design a payments solution that offers a great customer experience; with convenience, choice and security for all. The clock is still ticking and, to stay out of the EBA’s firing line, businesses need to shape up for SCA.”

He adds: “The industry was granted a much-needed extension, but the last few weeks were never a time to sit back and relax. Merchants, PSPs and all players in the payments ecosystem will now have to continue working and show demonstrable evidence of their migration plans to meet the deadline.”