It began with a tweet from @MetAlbertR, who shared: “Currently logged in to @NatWest_Help Bankline and can see a completely different company’s bank details, balances and transactions. Clearly something has gone very very wrong.” 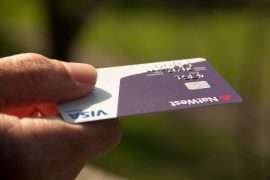 Despite the Bankline website claiming it offers “security you can trust”, at least three NatWest customers said they saw other company’s details on Twitter.

Baker went on to tell the bank she had contacted its business line directly to alert them to whose account details she had seen, only to find they were not interested in that information, leaving her to reach out to the company herself. She says when she phoned, the bank told her they’d had “numerous calls with regards to this”.

A third NatWest customer, Emma Ottway, said she “had the same”. Ottway went on to say it’s “more worrying when you call to report it and are told that they are ‘a bit’ concerned with what is happening”.

NatWest told the BBC this was an isolated incident affecting a small number of customers and has now been resolved. The bank says it is working with customers affected to keep them up to date and provide support.