DN Intersect 2019: DN battles with banks to win trust in the automation race

Diebold Nixdorf’s vice president of service in the Americas, Chase Andrews, has criticised some banks for being “very rigid” in their attitude to the vendor’s AI-automated ATM functions.

Andrews tells FinTech Futures how its software can pre-empt ATM malfunctions, but that banks often don’t want DN’s technicians to turn up with a prescriptive fix without knowing about it. 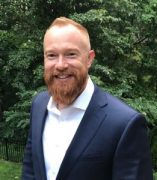 DN’s vice president of service in the Americas, Chase Andrews

Instead, DN must call banking clients and leave them a ticket, which takes longer and can cause the issue to happen without getting fixed in time.

“We already have the technology ready for a prescriptive model,” says Andrews. “Our biggest challenge – which we can overcome – is how we can notify the bank that we need to provide our services when they’ve never seen a services event.”

The other part of the challenge for DN is persuading banks of the legitimacy of the need for a service fix when nothing is wrong yet, in real time.

“The conversation usually ensues until there is an argument and the bank’s line is ‘why do you want to service my ATM, it’s not broken?’,” says Andrews. “The point is it will, then they ask when, and we have to say ‘soon’ because we can’t pinpoint exactly when.”

Compliance can also come into the conversation, but only when “banks don’t understand,” according to Andrews. DN isn’t in Payment Card Industry (PCI), so it can’t have an audit – this means compliance concerns are often the result of a misconception.

DN admits it has some old technology it needs to replace when it comes to its ticketing system, which will soon be moved out by ‘DN Sub’. This is only part of the problem, the bigger part is redefining DN’s communication with banks.

“It’s a follow-me industry, so no-one wants to be the Guinea pig,” says Andrews. “We have to find those key clients willing to go through the trials and tribulations of change, and there are some banks here today who are interested in that.”

Andrews was unable to disclose who the banks were at this point, but he did say that DN wants to achieve this new relationship by 2020.