DN Intersect 2019: Apple Card to be “most successful bank account launch in history”

Apple Card has been dubbed “the most successful launch of a bank account in history” by Crone’s CEO, Richard Crone.

Crone share his predictions and analysis with FinTech Futures, stating that the tech giant will become the most successful card issuer the world has ever seen. 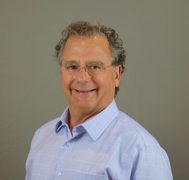 In its first release of the research at Intersect 2019 in Las Vegas, the strategist predicts that Apple’s savvy combination of instant issuance, customised credit and four in one account – credit, pre-paid, perr-to-peer (P2P) and standing order – will soon make it the clear leader of card issuers.

Although the card provider has not yet revealed any of its figures supporting his prediction, Crone’s basis of his theory boils down to Apple’s data on legacy customers.

“Apple already knows who you are,” says Crone. “But if you look at traditional US banks, 60% is the highest percentage of customer mobile phone numbers they have on record, with the average being 50%,” meaning that big players in the traditional space are behind, according to Crone.

Crone highlights the importance of mobile developments and how integrating more mobile offerings into traditional US banks will enable them to offer more personalisation like Apple.

“If you don’t go mobile, if you don’t change, then you’re going to look like Nokia,” says Crone. “Doing nothing is a self-liquidating strategy.”

Tying in Apple Card with the larger monopolising pay network of Apple Pay, Google Pay, Samsung Pay and the creeping emergence of Libra, Crone points out the need to be in the network in order to compete. “How do you compete against Apple Pay when you don’t support it?” says Crone. “You don’t have the ghost of a chance. Those that chose not to support it now don’t have a chance of competing.”

These business models are insular, member-only experiences which create a personalised profile around the customer. When the likes of Apple are already there, Crone believes this is a model US banks should be chasing.