Reuters reports that, despite there being no official timetable for the roll-out of the new currency – which will have some similarities to Facebook’s Libra coin – the CSI fintech theme index has gained more than 50% so far this year. 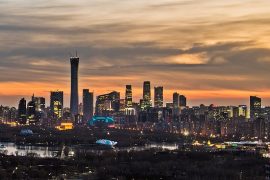 This represents a much stronger performance than the broader market, reflecting the interest that investors are showing in fintechs. It is anticipated that security and payment services will be in even greater demand once Beijing’s digital currency is launched, making those firms attractive for investment.

The arrival of the sovereign digital currency appears to be imminent. Mu Changchun, deputy director of the People’s Bank of China’s payments department, stated in August that China was “almost ready” for launch.