At the heart of early cryptocurrency was the ideal that cross-border transactions could exist outside the system, untraceable and pseudonymous. That’s about to change.

The Financial Action Task Force (FATF) is one of the most powerful standards-setting bodies on the planet, and as reported by Bloomberg, is due to recommend the most important regulatory change ever to hit the cryptocurrency industry. 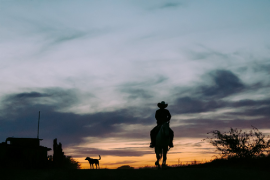 There’s a new sheriff in town for crypto.

The FATF wants regulators to instil recognisable user data at the heart of all new rules on cryptocurrency trading and transactions.

The imposition of this so-called ‘travel rule’ represents a trying time for the industry. Blockchains are not, on the whole, designed to register this kind of on-chain identifying information.

Some would argue that forcing old-tech rules onto crypto will decrease transparency, not improve it.

But whether the rule comes to fruition or not in its current form is a moot point. The outcome is the same: major players will be forced into closer collaboration with regulators and with one another.  And as we know, fully-regulated businesses can attract better, more secure funding from more sophisticated investors.

From Malaysia to San Marino, Switzerland to Wyoming, forward-thinking states and nations are writing laws to pull digital asset exchanges into their day-to-day oversight.

Reputable and regulated exchanges – just as in the mainstream equity world – require investors to identify themselves if they want to buy crypto-assets.

This is because modern money transfer laws all require some level of Know Your Customer (KYC) process to identify where money has come from, and where is it going.

Even Shapeshift, once the darling of the anonymity crowd, has had to fall in line. CEO, Erik Vorhees, announcing the layoff of a third of its workforce, admitted that failing to prepare to share user data for KYC had devastated the company financially.

Those that can prove they will work with the system, not against it, will be allowed to reap the rewards.

As proof, the world’s largest digital asset exchanges will sit down with global policymakers in Japan later this month for a crucial meeting to determine how the FATF proposal will affect the industry.

The meeting, which coincides with the G20 summit in Osaka, will count exchanges like Coinbase, Kraken, Huobi and the Goldman Sachs-backed, Circle among its numbers.

As digital asset professionals we need to be in close contact with regulators, putting forward our case and making sure the benefits of what we bring to the table are heard.

Facebook’s Libra cryptocurrency has ignited mainstream interest in the space once again.

Technical details of the project have now been shared in a 29-page whitepaper, borrowing from Bitcoin and Ethereum to power a new global currency.

And regulation was there from the beginning. 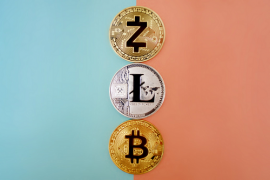 Libra, Bitcoin and Ethereum putting crypto on the map.

It’s no accident that Mark Zuckerberg went to the Commodity Futures Trading Commission (CFTC) to talk about how his in-house crypto would work, long before it ever came to market.

The cynicism and suspicion that once characterised regulatory approaches to crypto assets is on the way out, too.

In fact, the CFTC, which oversees the US derivatives and futures market, has grown much fonder of blockchain.

Officials even suggested in a June 2019 speech to the Italian securities regulator, CONSOB, that blockchain-based records could have helped to prevent the 2008 financial crisis.

He added: “What a difference it would have made a decade ago if blockchain technology on a private distributed ledger accessible to regulators had been the informational foundation of Wall Street’s derivatives exposures. At a minimum, it would certainly have allowed for far faster, better-informed, and more calibrated regulatory intervention instead of the disorganised response that unfortunately ensued.”

Fintech firms should not be afraid of regulators. Quite the opposite: close collaboration is key. The right conversations at the right time can transform your prospects and bring funding to the table.

At one time cryptocurrency was content to exist outside the financial mainstream. Its anonymity made it a pariah, its volatility a joke, a bogeyman to scare financial advisers and bring them out in a sweat late at night.

But this scrappy outsider is changing its ways. The market is maturing. It was unthinkable 10 years ago that Bitcoin could become a stalwart of the financial system. But here we are.

What was once underground is now mainstream.

Perhaps related is the fact that the US Security and Exchange Commission’s Office of Compliance Inspections and Examinations has ramped up investigations by 10% year-on year and marked out digital asset broker-dealers, exchanges and traders for special attention in its 2019 priorities list.

Where once large investors saw only risk in digital assets, they now see opportunity. These are pension funds and hedge funds, those whose job it is to allocate assets for millionaires and billionaires, and who control the future purchasing power of entire populations.

Dow’s Marketwatch explains how institutional investors are now bullish on crypto, backed by record highs in the Bitcoin futures market.

When the owner of the New York Stock Exchange launched digital asset exchange Bakkt in 2018, the veil was lifted and the idea that cryptocurrency would be relegated to a mere sideshow ended. Bakkt will begin testing its Bitcoin futures and custody in July 2019.

Speaking to Bloomberg, the joint head of digital asset markets Duncan Trenholme admitted: “Every institution is on an educational journey. Many are exploring how tokens can legitimately be traded or stored and I’d expect more projects to hit the market over the next year or two.”

Note that key word. Legitimately. Within the rules.

The question we face is not whether regulation is necessary for digital assets, but how digital asset businesses can best work with regulators.

Securing the correct licence can transform the value of fintech assets. Working within the system and fulfilling compliance obligations is costly, sure. In fact, regulatory costs for financial institutions could double in the next decade.

But financial regulators can open massive markets for the best fintech products. Some economies, like South Korea, have recognised the industry’s huge potential but aspects of regulation like cryptocurrency taxation still exist in a legal grey area.

Others, like India, are moving to follow a shadow banking ban for cryptocurrency firms with an incredible 10-year jail sentence for trading in digital assets. Large Indian crypto-exchanges like Zebpay and Coinome, have been forced to shut their doors in such a harsh and uncertain regulatory environment.

At the same time, one of India’s largest and most powerful tech lobbies is trying to make the case to the central bank for legalisation and regulation. These conversations are vital. 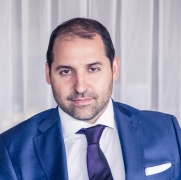 One example we should all watch closely is that of Switzerland’s SIX exchange. It became the first in the world to debut an exchange traded product for cryptocurrency. Now, the Amun Crypto Basket, tracking the prices of Bitcoin and Ethereum, sits happily alongside exchange-traded products (ETPs) for gold, oil, silver and other traditional commodities.

Amun had a keen eye for regulatory standards and is reaping the rewards. It should come as no surprise that the most recent ETPs listed on SIX are all by Amun. Single-asset funds for Ripple and Ethereum arrived in 2019, for example. By contrast the last new traditional commodity ETPs debuted way back in 2013.

This is fintech working at its best, disrupting the market with the regulator’s backing, attracting institutions and setting the new standard for investment.