MoneyGram hits back at consumers and investors

MoneyGram has hit back at consumers calling the service “expensive” and “exclusive”, saying it’s not “a start-up who can live off investor money” and admitting its fraudulent detection is not “black and white”, leaving room for “false-positives”.

Chief of global operations, Kamila Chytil, tells FinTech Futures: “We can’t make everybody happy. We’re not a start-up that can process things for 99 cents and live off investor money. We do actually have to have a margin.”

When asked about how the company discerns between nefarious and genuine family transactions, Chytil says: “Nothing is black and white. It’s certainly not 100%. There are false-positives that we haven’t been able to do anything with.” 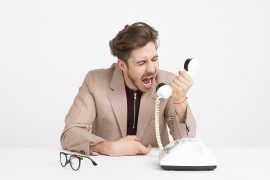 It says it can’t make everyone happy.

Moneygram helps families who send money across borders. The company admits to suspecting a pattern of “fraudulence if someone is receiving money from multiple people” but realises “it can also be family remittance.” Chytil says Moneygram is “continuously reviewing” its rules and has “relaxed” its rules since they were first put in place.

The money transfer giant also responded to investor commentary which advised the industry against investing in the company after a revenue plunge of $200 million.

Chytil says: “When we deliberately cut off $200 million in revenue which we dub as high-risk revenue, investors saw it as though we were shrinking. Honestly, I don’t know if they are connecting the dots. We were the first company to require ID which showed us who our customers were. It revealed fraudulent and nefarious patterns, so MoneyGram purposefully decided not to participate in it.”

MoneyGram claims to have reduced prices by 2/3 in some digital markets, “making it up on volume” instead which Chytil says is the “new strategy for digital growth”, especially in competitive markets such as the UK.

The company has also “been very aggressively changing” its technology, uprooting legacy API systems and replacing it with AWS and Google Cloud infrastructure. With Chytil at its head, the global operations chief wants to change MoneyGram’s mentality towards technology.

It’s no longer just blue-collar employees who are sending money back, she says. The newest wave of immigrants are also very digitally literate, which is why MoneyGram has outsourced to a developer to create 24 apps for different countries in the past 18 months.

As for MoneyGram’s cash business, Chytil admits it has a “stigma”, but says: “Cash is still very relevant, contrary to reports 10-15 years ago, so we continue to invest in that business also.”

When asked about how MoneyGram fares against competitors, Chytil says it’s “better than Zoom” but points out the unfair comparison with smaller services who are more agile. “We’re certainly a leader amongst the Western Unions and the Rias of the world.”

Looking forward, the company “want to service every company globally”. Currently it’s waiting for licences for large markets in Asia and is “very close” to securing a licence in New Zealand.