TechCrunch reports that the Series B round was led by Ribbit Capital and Steadview Capital, with participation from existing investors Sequoia Capital, Beenext Capital and Insight Partners.

Ashneer Grover, the company’s CEO and co-founder, says the new round values the start-up at $225 million. 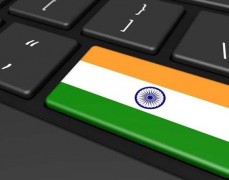 Grover says that just one year after its launch, BharatPe has attracted 1.5 million merchants to the platform and is adding 400,000 new merchants each month.

He says the funding will be used to sign up about 3.5 million new merchants over the next year and to build new solutions. It will also help to finance the short-term loan side of the business, which is where BharatPe makes the bulk of its revenue by giving businesses access to working capital.

Merchants can borrow between $500 and $2,000 for a period of three months; the amount available depends on how much time the business spends on the platform.

An unnamed source tells TechCrunch that Google and Amazon were in advanced talks to fund BharatPe’s Series B round, but the start-up’s team did not wish to dilute their stakes in the rapidly growing company.

BharatPe is due to launch a new service to connect suppliers and merchants through the platform so their accounts are in sync.