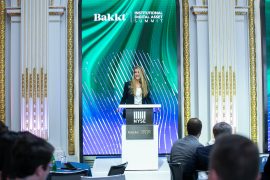 After nearly a year of regulatory delays, the Atlanta-based Bakkt announced on Friday it would launch two physically delivered bitcoin futures contracts, one monthly and one daily, on 23 September.

The announcement was sparked by the company receiving a New York state trust charter through the New York State Department of Financial Services (NYDFS), following approval from the Commodity Futures Trading Commission (CFTC) which allows it to begin user acceptance testing.

The contracts, which are protected by $125 million in insurance, were a result of demands to ICE from Wall Street clients who typically trade ICE’s commodity, currency and stock index contracts.

She adds: “The importance of this differentiator is only amplified by reports of significant manipulative spot market activity, and other concerns such as inconsistent anti-money-laundering policies and weak compliance controls.”

For Loeffler, it was important to offer a daily contract so traders could operate within a federally regulated exchange when transacting on the futures exchange, whilst also offering a monthly contract will give the ability to take snapshots at different times throughout the next year so it adds spread trading.