Following a successful $55 million Series B round, the UK fintech is valued at a quarter of a billion dollars and has raised over $70 million to-date. 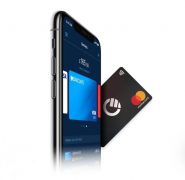 “We’ve always had a radical vision at Curve”

Since its launch in 2018, the company has attracted over 500,000 customers to its ‘All Your Cards in One’ smart card and app and looks set to double that figure by the end of the year.

The campaign – which the company says is in response to customer demand – will be run on Crowdcube, a platform used by other high-profile UK businesses such as Monzo, Nutmeg, Freetrade and Revolut. Customers will be able to invest at the Series B valuation.

“Our aspirations are huge. We’re working to revolutionise the world of finance and move banking to the cloud. We’re building an over-the-top banking platform that simplifies your life and saves you money. No small feat. Whilst we may still be in the early stages of our journey, we’re extremely proud of our progress so far and we’re beyond excited for what’s to come.”

Eligible customers who pre-register before September will be able to invest on a first come first serve basis to access exclusive shareholder rewards, with investment starting from £10.