UK bank Barclays has ceased its services to US-based cryptocurrency exchange, Coinbase, seeing the end of a landmark deal which enabled the exchange platform to sell crypto more easily in pounds.

For Coinbase, the loss means it no longer has access to the UK Faster Payments Scheme (FPS), which allows customers to instantly withdraw and deposit sterling on its platform.

The crypto exchange is now looking to replace Barclays with UK challenger ClearBank, who will reinstate its FPS access by the end of the third quarter, according to CoinDesk. 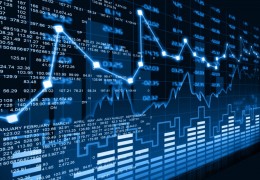 Barclays is suspected to still be working with bitcoin user, Circle

Neither company has commented on the news which broke this week, but speculation on the motives could be informed by the reluctance many large global banks have to do business with companies who handle bitcoin.

With regulators looming, concerns over whether bitcoin is used by criminals to launder money is a big concern for leading banks.

A UK crypto company CEO who chose to remain anonymous told CoinDesk: “It is my understanding that Barclays’ risk appetite has contracted a little – I’m not sure exactly why or what’s been driving that, maybe there has been some activity they are not happy with. But it’s about Barclays’ comfort level with crypto as a whole.”

Barclays is suspected to still be working with Circle since its partnership announcement in 2016, a regulated no-fee currency transfer app which uses bitcoin. Neither company has commented on their partnership.