Texas-based fintech, Joust Labs, has raised $2.6 million in a seed round of funding led by PTB Ventures. 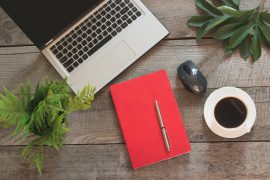 There are around 57 million freelancers in the US

The neobank, which describes itself as “the nation’s first all-inclusive banking platform for freelancers, entrepreneurs and the self-employed” in the US, allows workers to get paid faster.

Its invoice guarantee product, PayArmour, allows users to access a cash advance against unpaid invoices, reducing uncertainty and mitigating the risk of late and non-payment.

“At Joust we understand the growing market of self-employed workers, freelancers and small businesses and their need for an all-in-one banking solution,” says Joust CEO, Lamine Zarrad. “Especially one that gives them the same benefits enjoyed by major corporations.”

There are around 57 million freelancers in the US and 63% of them surveyed last year said they had anxiety over managing their financials, taxes, and insurance, according to Freelancers Union.

The round was backed by fintech start-up investors, Accion Venture Lab, Financial Venture Studio and Techstars.