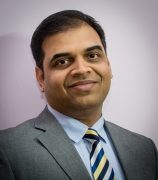 Sibos 2019 is still some weeks away, with London due to host the event for the first time on 23-26 September. With a new decade fast approaching, it will be a timely opportunity to look at our already hyperconnected world, to consider what further dramatic transformations the next 10 years is likely to bring and the repercussions for the financial services world.

Rather like a cinema trailer for forthcoming attractions, Facebook has offered us a taste of what is to come. The social media giant’s planned launch of its own cryptocurrency, Libra, in early 2020 has every appearance of being a game changer – particularly if China’s Alipay and WeChat follow its lead and devise similar projects to utilise their own massive customer bases.

From its inception Facebook’s initiative has attracted the two big payment card names of MasterCard and Visa together with  a host of other big names that will come on board, such as Uber, Spotify and Vodafone. Each partner has willingly paid Facebook a membership fee of at least $10 million to get on board.

Little of the detail emerging about Libra provides encouragement for banks. Reports only emerged last December that Facebook was working on its own cryptocurrency, so they can only envy the speed with which the project has developed. Users will be able to buy items online and transfer money via WhatsApp and Facebook Messenger, so no need for a bank account.

And using Facebook apps for transactions means that they will be kept within the social media giant’s ecosystem. It seems likely that the 1.7 billion people in the world it is particularly targeting, who still have no access to a traditional bank, will either want or need one.

Facebook is keenly aware that ecosystems develop from working together collaboratively. It’s a message that the banking sector has slowly been waking up to in recent years.

Innovations such as PayPal and Square – established 21 years and 10 years ago respectively – are no longer impudent disruptors but established features of the financial services landscape. More recently, fintechs have proved increasingly able to replicate traditional key banking functions in addition to developing new ones.

Banks seeking to match their agility and creativity have realised that it’s better to work in unison with these newcomers and even to provide the funding for new start-ups.

BBVA was among the first to do so; as early as 2013 it had launched a $100 million in-house fintech fund and increased the figure to $250 million when it transferred investment to an independent fintech venture three years later. More recently, HSBC announced the setting up of a $880 million tech fund in that will focus investment in China, Hong Kong and Macau start-ups.

Meanwhile, banks such as Citi, Santander and Singapore’s DBS are moving into the ecosystem with launches of platform-based operations ranging from digital payments to robo-advisory services for investors.
DBS, which has declared its aim of being pre-emptive in meeting its customers’ needs has even moved into second-hand car marketing –creating a portal for buyers and sellers that provides various features in addition to financing.

The approaching new era of the cashless society also opens up new opportunities for banks. India, which has moved significantly in this direction, already has 350 million users of Paytm. Launched nearly a decade ago, the e-commerce payment system and digital wallet now offers up to 200 services on its platform from bill payments and insurance to travel and entertainment bookings. Over seven million merchants across India use the Paytm QR code to accept payments directly into their bank accounts. 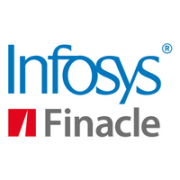 Paytm claims a 60% share of merchant payments using the mobile application-based Unified Payments Interface (UPI), which was introduced in August 2016 by the National Payments Corporation of India (NPCI). Although now licenced to operate as a payments bank, UPI delegates many of its services to Kotak Mahindra Bank and the two have developed a cooperative arrangement for retaining customers who might otherwise be lost to a competitor.

Another topic to feature on the Sibos 2019 agenda will be the sharp increase in the volumes of low-value payments thanks to regional regulation such as Europe’s revised Payment Services Directive, aka PSD2, and real-time payments initiatives around the world, ranging from Australia’s new payments platform (NPP) to Hong Kong’s Faster Payments System (FPS).

In India, where the UPI initiative has already seen huge growth in low-value payment volumes, the central bank forecasts that digital transactions could rise tenfold over just the next three years.

Mobile wallet operators are establishing themselves around the world in and apps are growing in popularity as the demands of Millennials, Generation X and Generation Y force service providers to adapt or risk losing out. It’s a trend that banks need to keep up with and suggests that co-operation with the fintechs is no quick or easy fix but will need to be a deeper and longer-term relationship.