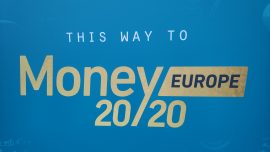 The deals were announced at Money2020 Europe. Starling will work with PelicanPay, the payments and financial crime compliance platform, to deliver complete pan-European invoice to payables automation for small businesses, along with online e-commerce merchant payment services.

PelicanPay will use Starling’s payment processing platform to offer a PSD2-compliant open banking hub, which integrates with accounting packages to automate payments and account reconciliations.

Starling has also teamed up with new modular issuer and acquirer processor, Tribe Payments, which launched at Money2020 Europe.

Founded by Suresh Vaghjiani, who has worked with fintechs such as Starling, Curve, Monzo and Revolut, Tribe aims to rebuild back-end payments using its modular, containerised technology platform ISAAC.

The paytech’s launch was also announced at Money2020 Europe, along with the news that Tribe will be among the first issuer processors in Europe to be certified to allow banks to issue UnionPay cards, which have the world’s largest cardholder base.

Tribe is Europe’s only issuer processor working with Mastercard, Visa and UnionPay International.

Suresh Vaghjiani says: “our team of renowned payment experts, combined with our modular platform, means that innovative payment providers no longer need to compromise between speed and scale.”

Tribe aims to avoid the restrictions of legacy systems, slashing the delivery time for new products.