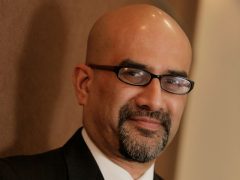 Banks have only to look at how innovators have transformed retailing and music to recognise this truth, says Sanat Rao, Chief Business Officer and Global Head, Infosys Finacle.

In recent years, UK high street banks have been under siege as newer, seemingly more adept competitors have entered the market. However, recent developments indicate that the newer rivals are experiencing problems of their own and the incumbents have an opportunity to hold back the invaders.

Metro Bank made waves with its brick-and-mortar presence nearly a decade ago and has steadily extended its network since then. However, the revelation early this year of a massive accounting error and consequent investor rebellion has clouded its future, and may have deterred many potential new customers.

More recently, Tesco Bank’s decision to pull out of the mortgage market points towards the downward profitability trend of the mortgage business for challenger banks. Nimble digital upstarts are known to pick and choose parts of the banking value chain or the business of banking and create disruptive propositions. Tesco’s move underscores this strategic intent of focusing on attractive business instead of offering the full range of services, which has been the norm in banking, traditionally.

If the recent developments portend even a slight decline in threat from new market entrants, it is a no brainer that incumbents would like to take advantage of this to reaffirm their relevance. However, to be able to do that, updating core legacy systems has to be their top priority. It’s equally important for both retail and corporate banks, as the twin forces of regulation and distribution have overturned the established order across all quarters in banking.

Less than 20 years ago, the bank branch housed more than half of all banking transactions. Today, that figure has fallen to less than 10%. When Apple launched its first mobile wallet app in 2014, it predicted that half of all banking transactions would move to distribution channels from Google, Apple and others by 2022. Five years on, with Open Banking and other transformational regulations coming into effect, the prediction is likely to be a reality even sooner. Driving this wave of change further are emerging technologies. An example is blockchain which is now seeing wide adoption in areas such as trade finance.

Banks must be proactive rather than reactive if they intend to ride the digital wave. It is imperative for them to revitalise legacy systems, move workloads to the cloud, and open their core for collaboration with ecosystems – to drive business value, enhance profitability, compete with agile digital banks and be sufficiently scalable to meet the volumes that digital banking demands. Their customers still want the traditional services that they have always availed, but in addition seek expert guidance on managing their finances better.

New technology is an enabler for innovation, opening up a market where existing off-the-shelf products and services can be supplemented by more tailor-made offerings designed around customers’ specific lifestyle, circumstances and individual needs.

Some banks have begun their journey of transformation by placing new digital channels on top of their core systems. However, many progressive others have been quick to realise that creating a truly digital bank of the future requires a more radical approach than the rather short-term approach of adding another digital channel.

In the future, customer-centric innovation and collaboration with ecosystems will be the norm. To survive and thrive, banks must simplify their operating models through application programming interfaces (APIs) and automation to introduce new propositions quickly and create new revenue streams profitably.

Not surprisingly, winning in the digital future will require investment, but the gains from reduced costs, improved security and ability to innovate make that investment worthwhile. And looking at how e-retail has been transformed by Amazon, or the music sector by Apple, the longer-established players in the banking sector must realise that they can either place themselves at the forefront of change or become its quickly-forgotten victims.