Plaid launched in the UK

Plaid, a provider of APIs for financial infrastructure, announced its expansion into the UK this week, reports Julie Muhn at Finovate. 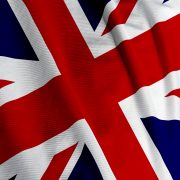 The move makes a lot of sense– an open banking fintech is launching in the motherland of open banking.

“We’re building a financial network that will deliver on the promise of open banking with the best in both local expertise and global opportunity,” Keith Grose, International Lead at Plaid says in a blog post.

The UK is Plaid’s second international market after launching in Canada last year. The expansion overseas initiates the San Francisco-based company’s more comprehensive launch into Europe as a whole.

Plaid elected to launch in the UK because, as some have argued, the region is the fintech capital of the globe. More than 1,600 fintech companies have come out of the U.K. and that number is projected to double in the next ten years.

Today’s news is as much about Plaid launching in the UK as it is about opening up the possibility for its client applications to do business in the region, as well. Venmo, Robinhood, Coinbase and Acorns all use Plaid to connect to their customers’ US bank accounts, and can now more easily expand into Europe using existing integrations.

Plaid, which was granted its AISP license from the UK’s Financial Conduct Authority last October, currently offers five of its products in the UK: Auth, an account authentication tool; Balance, which pulls account balance information in real-time; Identity, which leverages bank data to verify consumer identity; Transactions, which pulls bank statement data across banks; and Assets, a verification of assets tool.

Missing from this list is Plaid’s Income product, a tool that validates a consumer’s income and verifies direct deposit data.

Plaid has raised $310 million since it was founded in 2013. After the company’s most recent investment last year, TechCrunch estimated Plaid to be valued at $2.65 billion.

Plaid began 2019 by acquiring its competitor Quovo in a $200 million deal.