Fintechs, there’s a tsunami coming; do you hear the sirens? 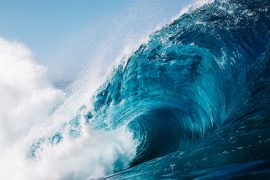 It’s been a while since we referenced the Sibos conference in Sydney (which took place last autumn), but at the time of FinovateSpring 2019 in San Francisco it’s as good a place as any to start as I was intrigued by the commentaries given by ANZ CEO, Shayne Elliott, during his keynote presentation.

According to Elliott, when it comes to modern day banking there are only a handful of items worth attention. There is the bank’s pursuit of a new payments platform that better handles real time payments and the real time data that goes along with it. He also views partnering as a business model for the bank as it fosters development of an ecosystem extending well beyond the bank’s data center. Even as he admits the bank is aware of the danger from complacency (in this time of digital disruption), Elliott also said that while the bank is addressing this digital transformation it’s facing the challenge of changing the bank’s culture to address past indiscretions.

When these comments were made, the fallout from Australia’s Royal Commission into Misconduct in the Banking, Superannuation and Financial Services Industry had yet to be published and now these Australian banks are suffering. For bank customers it became a classic case of these banks holding all the cards when it came to services rendered – a raft of hidden charges including so many add-on fees that proved hard to track. As for bank leadership, among the big four Australian banks heads have already begun to roll. It didn’t take all that long before the headlines started to appear: Commonwealth Bank’s chief executive, Ian Narev, has left and National Australia Bank’s chief executive, Andrew Thorburn, and chairman, Dr. Ken Henry, departed almost as quickly as did consumer banking and wealth arms head, Andrew Hagger. Where to fallen moguls?

“We can easily forgive a child who is afraid of the dark; the real tragedy of life is when men are afraid of the light,” wrote the Athenian philosopher, Plato, back in the fifth century, BC. In this instance, Australian bankers were clearly fearful of what lay ahead; wanted to hold on to their customer base even as they doled out credit willy-nilly; and held back on investing in the digital transformation they all saw fueling competition everywhere they looked.

There is a reason why industry calls a digital transformation “disruptive technology” as it breaks down the data centre doors and avails the consumer of options the banks had proved reluctant to support – an account number at the bank still anchors much of the bank’s processing.

It was ANZ’s Elliott who expressed confidence that the role of banks in the 21st century will continue to be all about “looking after people’s money” even as the bank addresses “changing the timing of people’s consumption” based on the timelier “moving of people’s money around”.  What’s not clear even today is that these big Australian banks have seen the light or stopped being afraid of what they are about to face.

Fintechs are changing the game. In the US, there is barely a day that passes without reference to the big three – PayPal, Square and Stripe. And they are competing on application programming interfaces (APIs) even as they continue to race with each other to provide more features.

There was a time when there was talk of just “the API” and in some countries commissions and oversight agencies are working with vendors to come up with a simple API. Can you recall when relational database management systems were complex to access, with each vendor providing different APIs? Then along came SQL as one big API (with services) but even today, the prospect of an industry-wide single SQL standard has long gone with major vendors, just as we are seeing with fintechs, competing with each other over the richness or otherwise of their APIs.

If the banks were ever to get together to publish an API they could all support then that day has gone and now fintechs – essentially those parties who are closest to the consumer after all – are setting the pace on publishing and in some cases, proliferating, APIs.

Australian banks weren’t the only culprits staring down the digital transformation light shining more brightly on them. In the US, Wells Fargo, the country’s fourth largest bank, came under increased scrutiny over its banking practices, particularly when it came to managing phantom accounts. Like many of its banking peers, Wells Fargo was struggling with change and more importantly the “pace of change and technology”. As for the impact this was having on Wells Fargo, Secil Watson, head of the bank’s digital solutions for business, was quoted in the CIO Magazine last year saying: “I think the biggest change is that the pace of change and technology is accelerating.” Watson then noted that “the rate of change we’ve seen in the last 25 years is now going to happen in the next five years. When the pace accelerates to that level, we can no longer have very linear strategic planning functions.”

Just a couple of months ago, the Wells Fargo came under so much pressure to change following the problems that surfaced first in 2016 (with the news that employees had created millions of fake accounts to meet sales quotas) that, according to Bloomberg reporting, “CEO Tim Sloan gave in to critics and abruptly stepped down, after the 31-year company veteran struggled to tame a range of scandals”.

The aforementioned CIO Magazine article on Wells Fargo said: “In the past several years, a combination of regulatory changes, pressures from fintech startups and big technology companies, new technologies (like advances in machine learning), and a shifting cyber risk landscape have brewed a perfect disruption storm in financial services.”

The waves of change

Decades ago I worked for technology futurist and bona fide computer “showman” Charles P. Lecht whose work often found its way, summarised, into the Computerworld newspaper. I contributed a couple of paragraphs to his seminal book, “The Waves of Change” on hardware performance. This was eventually followed by his book, “The Information Tsunami: A Futurist Looks Back”, fuelled by the then widely-held view that Japan was on the verge of overwhelming traditional vendors through the initiatives of vendors like Fujitsu/Facom, Hitachi, Mitsubishi et al.

However, today the thought of there being a technology tsunami is not as abstract an idea as it was in the 1980s as we can all see the sea rushing away from us as a giant wave begins to well up just beyond the horizon. Fintechs, for all their often perceived blundering around in the dark, are now firing on all cylinders and the light emanating from their achievements is starting to blind those still clinging to banking traditions. Almost sounds like lines from a Bob Dylan song, if only the banks were listening.

For many, the perfect storm and perhaps tsunami may have but one name: Apple! The big news of March wasn’t so much the Apple TV+ launch as it was Apple’s introduction of Apple Card. The way Apple described Apple Card, it will be “an innovative, new kind of credit card created by Apple and designed to help customers lead a healthier financial life. Apple Card is built into the Apple Wallet app on iPhone, offering customers a familiar experience with Apple Pay and the ability to manage their card right on iPhone. Apple Card transforms the entire credit card experience by simplifying the application process, eliminating fees, encouraging customers to pay less interest and providing a new level of privacy and security.”

As a recent Computerworld article puts it, “Apple is taking a stand against the kind of cynicism that has dominated financial services for eons: hidden charges, fees for small infractions, opaque statements, charges to access your own information and the sale of purchasing information to shadowy, third-party information brokers who end up doing, well, we don’t know what they do with our information. That Apple is taking such a stand sets a new bar for the industry.”

At a time when the Apple iPhone’s mission is to provide communications for everyman, the implication that their users will be applying for credit that may in fact be declined distracts somewhat from this Apple mission. This apparent paradox fortunately may be offset with the knowledge that at a $999 price tag those without credit may have already passed from being part of everyman.

However, is Apple truly a fintech by today’s definition? It surely is and don’t think it’s not going to impact current fintechs for, as Oprah Winfrey herself noted as she supported Apple TV+, “They’re in a billion pockets, y’all. A billion pockets.” A reference to the number of iPhones being used around the world where Apple’s premium services will come pre-installed.

Yes, a tsunami is coming… Not just with the Apple Card providing a simpler model supporting application, privacy and security, but APIs! This strikes at the very heart of fintech futures – flexibility and differentiation be damned! Apple could just as easily set the standard for APIs and yes, conformity would pretty much follow. Is that a bad thing? Only time will tell but then again, it’s those billion pockets!

Financial institutions may be witnessing a cleansing as heads roll following years of bad behaviour but in a way it’s almost as if it had to happen. If banks and indeed many current fintechs want to stay in business, want to stay meaningful in the way they support their customers, then they have to make amends for bad practices of the past even as they cannot ignore that 800lb Apple in the room.

As for me, even though I have been an iPhone user for more than a decade, I am off to the Apple store to get the new iPhone that will support Apple Card as well; you just have to have one, don’t you? I think I have the good credit Apple will be looking for and summer is about to arrive – if there is a tsunami about to bear down on us, it’s definitely a wave that, as a consumer, I want to ride. I will be able to pay for that surfboard with my new Apple Card!

This article is also published in the in the May 2019 issue of the Banking Technology magazine.
Click here (or on the image below) to read the digital edition – it is free!