Russia’s Tinkoff Group has built a supercomputer that has been named the most powerful system in the financial sector, Jane Connolly reports. 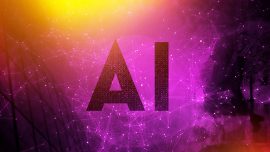 “Accessible for every analyst and developer at Tinkoff”

Developed as part of Tinkoff’s machine learning and artificial intelligence (AI) platform, the Kolmogrov cluster has been designed to quickly train models on large datasets.

Kolmogrov has the highest per-node performance among the rating participants at 41.9 TFlops/s and was ranked eighth in the top 50 supercomputers in Russia. Tinkoff states that Kolmogrov will significantly reduce the time required for machine learning and AI-related tasks.

Tinkoff Group’s CIO Viacheslav Tsyganov says the group had not planned to build a supercomputer and Kolmogrov would form quite a small part of its infrastructure.

“This platform was created as part of our AI First strategy, requiring that all products we bring to market contain built-in artificial intelligence,” he says. “The purpose of this platform is to foster a culture of working with data, lower the threshold for entry into this area for our teams and make machine learning accessible for every analyst and developer at Tinkoff.”

The company states that it took just 24 hours to retrain a sales probability forecasting model on the entire set of data accumulated since Tinkoff was founded 13 years ago – a task that would have taken an estimated six months using a conventional approach to retraining.