Could graph technology reduce the risk of another economic collapse? 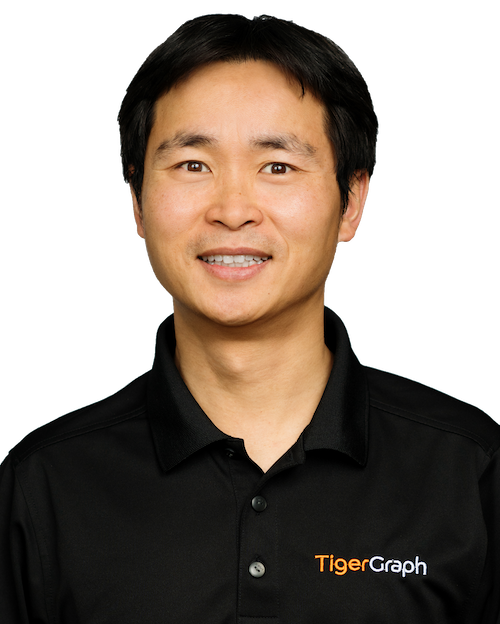 Ten years ago, the world was in the grips of the Great Recession. Foreclosures mounted, the Dow had lost more than half its value in 17 months, and the unemployment rate reached double digits for the first time since 1982.

No one knows when the next recession will hit, but many experts are sounding alarms over extremely high private debt levels that could explode much the way the $8 trillion housing bubble burst a decade ago.

The world is swimming in a near-record $244 trillion in debt, more than triple the size of the world economy, according to the Institute of International Finance, a financial industry trade group. The main driver this time isn’t the securitisation of subprime mortgages into mortgage-based securities but leveraged lending to corporations of questionable creditworthiness.

Former Federal Reserve Chair Janet Yellen warned in December that this loosely regulated corporate indebtedness – which has soared to $9.1 trillion from just $4.9 trillion in 2007 – is similar to the risk behavior that presaged the financial crisis. In addition to the pile of corporate debt, consumer debt, already at a record high, is expected to top $4 trillion this year.

“Indeed, according to the IMF, today’s global debt to GDP level is 250%, or around percentage points higher than it was” on the eve of the Great Recession, Desmond Lachman, a fellow at the American Enterprise Institute, wrote. These conditions “would suggest that when the next recession does occur it will be much more severe than the average post-war recession.”

Can it be prevented? A hopeful sign lies in technology that didn’t exist or had yet to mature ten years ago: graph analytics, a form of big data analtyics that maps and understands the connections in huge, varied data sets.

Today’s graph databases are capable of performing deep-link real-time analytics on web-scale data. More than 40% of organisations in multiple industries rely on graph technology for a variety of uses, from delivering personalised recommendations to retail customers to thwarting fraud and money laundering.

Graph technology is well-suited for the risk assessment and monitoring that has become more challenging with the rapid growth in size and complexity of the interconnected global financial markets.

China, India and the rest of Asia, for example, have hundreds of millions of consumers joining the middle class every year and much of this population has limited financial transaction history and is not tracked by credit bureaus. On the corporate side, China has one of the highest corporate debts in the world and the country’s growth slowdown will make it harder for companies to pay their debts.

In the United States, 26 million consumers are not tracked by FICO and related credit bureaus, according to the Consumer Financial Protection Bureau (CFPB) – a number that has grown to 15% of the entire population as of 2018.

These trends – along with the proliferation of complex financial instruments, such as credit default swaps and leveraged lending – have increased the complexity of credit risk assessment and monitoring. The cost of getting it wrong, as the Great Recession showed, is in the trillions.

Why is graph technology such a step forward? Virtually all existing risk assessment and monitoring systems are built on traditional relational databases, which store information such as counterparty, account, transaction, stakeholders, financial instruments and derivatives in separate tables, one for each type of business entity.

Relational databases are great tools for indexing and searching for data, as well as for supporting transactions and performing basic statistical analysis. However, they are poorly equipped to connect across the tables or business entities and identify hidden relationships and risks from those relationships going across as many as ten or more layers of transactions, accounts and people.

To find potential connections using relational databases, analysts must join a number of large tables to run the queries. Such queries could take hours or even days to run, rendering any meaningful analysis of linkages among parties and transactions practically impossible. More importantly, some business queries cannot even be expressed on top of RDBMS, such as finding communities/groups of suspicious people or computing iterative operations to simulate what-if scenarios.

Assessing and monitoring risk also requires going beyond internal data for the individual account or person and connect it up with the information from third party sources such as OpenCorporates and the World-Check database from Thomson Reuters containing information on political exposed persons (PEP) and government-sanctioned entities.

Relational databases, with their rigid schema, are poorly suited for marrying the internal data with multiple external data sources.

By way of example, consider a bank that receives an application for a new corporate account. During the customer due diligence (CDD) process, the company fills out information including their street address as well as three officers for the company.

Graph technology can connect one of the officers as a signatory for another company that has a local politician listed as a significant stakeholder or owner. From this information, the graph database ties the politician with a third-party database containing politically exposed persons and also finds that one of the street addresses listed for the politician is same as the address listed for the new company on their account application. All of this raises the risk associated with new company, raising an immediate CDD alert to be looked at and investigated further by the banking staff.

Fintech start-up IceKredit, for example, is using graph technology to create credit scores for small businesses and individuals in the US and Asia with limited financial transaction history, including the subprime market. The company leverages any financial history from traditional data sources and combines it with digital sources such as transactions on e-commerce sites and mobile wallet records like Venmo and Paypal, as well as loan repayment records for microloan and peer-to-peer (P2P) lending service providers.

Graph analytics is key to IceKredit’s success in identifying undisclosed relationships and connections within data, and to assigning and updating risk ratings in real time.

As these examples show, the unprecedented in-depth analysis enabled by graph analytics can produce risk warnings faster and better than was possible ten years ago. As adoption of the technology advances, it has enormous potential as a tool to help stave off another financial crisis.