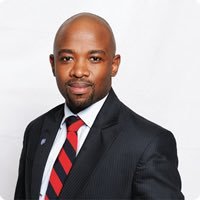 A quiet financial revolution is gathering pace across Africa – and it all stems from the rise of smart mobile technology.

While the continent has striven in recent decades to modernise, reform, promote business and attract investment, this progress has nonetheless been dogged by geopolitical instability and unreliable physical infrastructure. Emblematic of this has been the historical lack of penetration of banking services.

Cash is King and continues to dominate the majority of transactions, both consumer and enterprise. According the World Bank, only around 30% of the adult population in Sub-Saharan Africa have bank accounts, lower than any other geography save for the Middle East, and far below the rate in High Income OECD countries. Access to physical banking services is often difficult, time-consuming and costly enough to give cash a clear practical advantage in many cases.

A key example is cheque payments in the US. According to the Federal Reserve, more than 4.7 billion cheques were issued in the US in 2018, compared to zero in the majority of African countries that have not invested in the physical cheque clearing infrastructure.

This has had the effect of limiting commercial development, both domestically and also in terms of inward foreign investment, in a continent which is otherwise rich in resources and full of potential.

However, the rise of mobile and digital telecoms technology holds the promise of changing all this. It is estimated that around 70% of Africa’s population now use mobile devices, and usage is particularly prominent among the continent’s relatively large youth population. In many ways, mobiles are even more useful in parts of Africa than they are in more developed countries. Where central energy grids are unreliable, travel difficult and distances large, mobile devices are an easy and convenient way to communicate and access services.

While in more mature markets the switch to digital has been a steady transition over from an already-established and sophisticated physical financial and business infrastructure, the widespread adoption of mobiles in Africa could remove the need for physical investment and development entirely, and finally give finance a more significant foothold across the continent.

The potential economic benefits could be substantial to say the least. Although cash has immediate advantages over the more traditional brick-and-mortar style of banking and transactions, its limitations are clear – especially once questions of scale and mobility are factored in for businesses in particular. Cash brings a raft of costs and time-delays in terms of transportation and storage, and also creates a significant security risk, not to mention difficulties in terms of transparency, monitoring and authenticating transactions. A well-designed and decentralised digital infrastructure, making use of mobile devices, holds the potential to overcome all these issues.

This can enable not just domestic development, but inward foreign business ventures as well – consider an international FMCG company that needs to pay a cocoa farmer in Ghana for his produce. With cash, this presents a costly logistical nightmare, but if the farmer has a mobile app through which he can receive and authenticate payment, the barriers become far less onerous. And it’s not just a matter of simple or straightforward transactions – with a digital process like this in place, implementing the more sophisticated and complex transactions commonplace in the mature markets becomes far easier.

This is all far from hypothetical – a lot of progress has already been made. Mobile wallet and payment systems are already commonplace across a number of countries. East African countries especially, particularly Kenya, are truly ahead of the curve. Over the past few years – thanks largely to the staggering growth of its telecoms giant Safaricom – Kenya has developed a digital infrastructure that enables reliable payments not just between individuals on an ad hoc basis, but at the corporate level, allowing, for example, payments of salaries and various treasury functions on a decentralised digital basis via mobile devices. Recently this approach has also enabled, for the first time, the launching of a diverse new range of financial services, such as mobile loans and insurance offerings.

Many of the systems currently in use would look positively futuristic to consumers from the “technologically advanced” developed economies. Given that in many mature markets businesses still rely on paper cheques, and consumers still have to sign for debt and credit card payments at stores, the potential of this trend to transform Africa not just economically, but in terms of perceptions and stereotypes, becomes clear.

Nonetheless, the revolution is still very much in its infancy. Cash still reigns as King, and there is some way yet to go until the “tipping point” is reached where digital systems begin to displace cash transactions en masse. But change, once underway, can come thick and fast, especially where communications technology is involved – the next two years could well be transformative.

The key to accelerating this process will be twofold: 1) driving adoption through proactive education and the removal of regulation that inhibits the delivery of financial services on mobile devices and 2) ensuring that mobile and digital infrastructure are designed specifically to maximise their advantages over cash.

The former is a high priority for various African governments, with Nigeria’s Vision 2020 initiative being an example, where the government is seeking to drive down costs in banking through awareness of the downsides of cash and aiding firms in their transition to digital. There are also regulatory obstacles to overcome, particularly in ironing out the relationship between the three major stakeholders (financial institutions, central banks and network operators), to take advantage of the potential for mobile payments without introducing risk in the financial services market.

On the second point, the crucial element here is the need to create simplicity and convenience on the user experience side: to ensure that the technical “engine” of any digital processes are hidden beneath the hood of the car, and that for the end user the process is both simpler and more cost-effective than the use of cash. This, more than anything else, will drive adoption – no matter how utopian the concept, businesses and consumers simply won’t have incentive to switch from cash if systems are cumbersome, buggy, or confusing for the user. One of the more successful and widespread applications of mobile technology involving financial transactions so far has been online sports gambling. These platforms are slick and intuitive, and users are able to easily place bets and receive money through a few obvious and basic interactions – banks and other businesses could learn a lot from their example on this front.

Universality is another big component of convenience – even the most well-designed platform is of little use if it can only work with a limited number of other similar devices and systems. This is why interoperability is set to be the big technical focus for the next couple of years – the aim being to get telecoms companies and other stakeholders to work together to develop common standards in order to allow for a smooth and uninterrupted universal digital infrastructure that can be commonly accessed across providers, devices, companies and countries.

Fintech innovation has an important role to play here, and as Africa’s banks pivot away from physical branches towards the new digital landscape, the relationship between the two sectors will need to become one of partnership and co-operation rather than competition as it has so frequently been in the mature markets. While much of the initial work will involve making good use of already existing technology, the emerging landscape – less encumbered by existing structures and inertia than the developed economies – will provide fertile ground for more speculative applications. Blockchain technology, for instance, could be ideal for such a decentralised ecosystem where the need for assurance and security will be paramount.

The possibilities and potential rewards are large, not just in more traditional business sectors but also for organisations such as NGOs and in the public sector. As well as providing an effective infrastructure for eventually releasing the continent from the grip of cash transactions, the new digital age can provide governments, individuals, corporates and treasury departments with access to data, information and insights in a way the older systems never could – insights that could be used to further accelerate development.