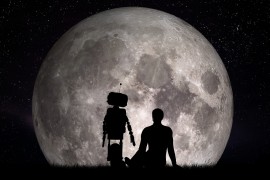 Ask a financial advisor, on topics such as family planning, working life, retirement and death

Former wealth manager and financial advisor Elemi Atigolo developed Finley AI – which he claims is the first of its kind in the world – in order to use technology to bridge a knowledge gap in today’s society.

Finley AI can be instantly accessed via any Google Assistant-enabled device by speaking the words “Google talk to financial helper”. The voice-interactive programme cannot give personalised advice, but Elemi claims it can offer answers to general questions that users might ask a financial advisor, on topics such as family planning, working life, retirement and death.

Elemi says that while most of the numerous financial apps available today focus on short-term goals, such as saving or reducing debt, they don’t help users to plan for the long term or encourage them to seek expert advice.

Figures from the Financial Conduct Authority revealed that 90% of over-18s in the UK have never received any financial advice or guidance. Elemi believes that offering advice via the devices that people use every day – such as mobile phones, tablets and Google Home – is the key to making individuals more financially aware.

“Being able to have a conversation using natural language and to be able to ask general financial and pension questions is a major step,” Elemi says.

Users can ask Finley AI to match them to a financial advisor via FindPensionAdvice.com, which was also developed by Elemi.

Finley AI will soon also be available on Alexa by Amazon and Facebook.