The Bank of England (BoE) insists the UK’s high street banks are capable of withstanding a disorderly “no-deal” Brexit, despite the fact that a no-deal situation could leave the UK economy worse off than the 2008 recession.

Following the BoE’s recent financial sector health check, it was confirmed that none of the mainstream lenders was encouraged to raise more capital to strengthen their finances in the midst of the Brexit uncertainty.

There is a growing belief that UK Prime Minister Theresa May will see her proposed Brexit deal with the European Union (EU) rejected by members of Parliament. This would leave the UK in a state of limbo, heading towards a no-deal Brexit scenario as it prepares to leave the EU at the end of March 2019.

Despite this confusion and unrest, seven of the UK’s leading high street lenders – Barclays, HSBC, Lloyds, RBS, Nationwide Building Society, Standard Chartered and Santander – were tested in a “crisis” scenario involving a 4.7% decline in UK GDP, a 33% fall in house prices and a 27% decline in the value of pound sterling. They all passed this stress test, with the Bank stating that the results showed the UK banking system was “resilient to deep simultaneous recessions in the UK and global economies”. 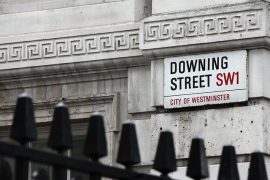 It has been a difficult last month or so for the pound. It has fallen from £1.15 to the euro to £1.12 to the euro since the UK’s MPs have taken such a dim view of Theresa May’s Brexit agreement with the EU. The pound has also steadily weakened against the US dollar in recent weeks, with President Trump questioning the UK’s ability to arrange a future trade deal with America based on the Prime Minister’s draft agreement. The euro has managed to hold firm against the dollar in light of the recent G20 summit in Argentina, which proved fairly positive for all concerned.

However, uncertainty remains in Italian politics which could yet have a major impact on the ongoing Eurozone debt crisis. The new Italian government has been at loggerheads with EU officials regarding spending proposals and any further decline in Italy’s financial outlook could spill over into the EUR/USD rates.

The EU recently conducted its own stress tests of banks within the EU member states. Lloyds and Barclays were some of the worst performers across the 48 European lenders assessed based on declining GDP, a no-deal Brexit and a sell-off of government bonds. Both Barclays and Lloyds actually came close to failing the BoE’s recent stress tests based on core capital levels alone. However, the fact that some of the banks’ assets could be easily converted into equity in such dire straits meant that they would have more headroom.

Aside from the continued financial risks related to Brexit, the BoE reiterated that risks at a domestic level “remain at a standard level overall”. It added that risk appetite between the leading banks was strong, but that borrowing levels had fallen somewhat amid the Brexit uncertainty and the fallout from the UK/EU divorce.