Could PayPal dethrone banks when it comes to small business loans?

Every successful businessman and businesswoman out there knows all too well that the key to growth is keeping a steady flow of capital streaming into your business.

Having quick access to funds might prove crucial in keeping afloat during a bad time or managing to expand your business at the right moment. For years, banks have had the head start in lending – but as alternative payment companies keep growing, could PayPal be threatening that dominance?

Incredibly successful PayPal is undoubtedly the most well-known name in the alternative payment services race. With its meteoric rise, the online payment system demonstrated that there is another reliable way to transfer money beyond the traditional banking sector, by harnessing the potential of the digital age.

Founded in 1998 as Confinity, a money transfer company, PayPal launched its first IPO four years later and hasn’t stopped growing since. According to Statista, just in Q3 of 2018, PayPal has handled $143 billion in payments, up from $139.4 billion in Q2 2018 and significantly higher than the $115.22 billion it processed in Q3 2017.

A wide range of service providers offer the option to pay with PayPal, which has been particularly embraced by the online gaming community, with big names like Riot Games all the way to online casinos such as Karamba, MrGreen, 888Casino and others listed on the Netent casino website all accepting PayPal. 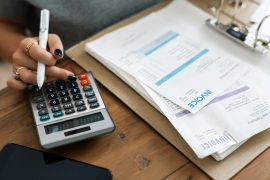 But now it seems that PayPal is evolving into so much more than a payments company. Along with other alternative payment companies like Square, PayPal has entered the loan arena – and it is especially popular with small business owners who are often rejected by large banks. By offering a more flexible framework, PayPal can offer quick access to much-needed cash, cutting back on red tape.

As CNBC recently reported, PayPal has already established itself among the top five lenders for small enterprises across the US, according to the company’s CEO, while rival Square has seen its lending business grow at roughly 30% annually.

PayPal and its competitors are profiting from the uncertainty and cautiousness that still plagues many financial institutions in the wake of an unprecedented financial crisis, with many banks closing down stores – like Wells Fargo, which saw 200 of its branches shut down in 2017 and is looking to close 800 more until 2020.

But, most notably, PayPal has managed to discover an ace up its sleeve, by tapping into the potential of the data it already holds. Services like PayPal have access to a tremendous volume of data, including past transactions and sales volume. This enables them to use that information instead of a credit score and have an accurate picture of the overall financial health and needs of a company, as well as its ability to pay the money back.

In other words, PayPal can decide in a much more straightforward way on whether to accept or reject a loan application – cutting back on costs to process the application, as well as on time. This has led lenders like PayPal to reach larger approval rates for small businesses looking for a loan, and small businesses are quickly catching up and increasingly turning to alternative loan providers.

PayPal may not have entered the loan race with all its force yet – but, in the field of small business loans, the company is certainly changing the traditional paradigm.