Starling Bank, which is now offering Banking-as-a-Service and payment services white label offerings, has partnered with the Post Office to allow Starling current and business account customers to deposit and withdraw cash through the Post Office’s branches. 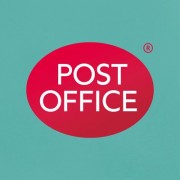 Starling has been a mobile-only bank so far, and has been renowned for that fact alone, compared to banks like Monzo and Revolut. This move, although still not offering full in-branch services, does set it apart by allowing cash deposits. It had already been announced earlier in the year.

The Post Office has around 11,500 branches across the country, which Starling says is more than all the UK’s banks and building societies combined. This deal brings the total number of banks that are now part of the Post Office’s “Banking Framework” to 28.

Anne Boden, chief executive officer, Starling Bank, says: “There are now over 1,500 communities in the UK with no bank branch, so by combining Starling’s cutting-edge digital banking technology with the unique reach of Post Office branches, we can bring simple and affordable banking back to these Bank Branch Deserts.

“I set up Starling Bank with the mission of improving financial health and making banking about the customer again. This is exactly the kind of development that will help us achieve this, returning banking services to often forgotten communities.”

According to the bank, 99.7% of people in the UK live within three miles of their nearest branch – while almost 93% live within just a mile. The Post Office handled around 125 million banking transactions last year, a figure that has risen significantly since 2014 – in part, due to bank branch closures.

Since 2012, Post Office has been investing in and modernising its network, with a more extended schedule for many of its branches.