Thanks to open banking and PSD2 KBC Bank Ireland will enable customers to add accounts from other banks to its app from next month. 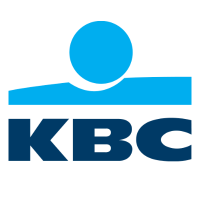 In its financial results for Q3 2018 the bank says since the app was launched in late August it has seen digital activity increase by 47% compared to Q3 2017. However, the bank is looking for more action.

Wim Verbraeken, chief executive, KBC Bank Ireland, says: “When we launch, customers will be able to check the balance of current accounts they hold with other financial institutions and we will add more functionality.”

Overall, the number of mobile wallet transactions increased by 183% when compared to the same period last year. The value of those transactions also grew exponentially, up 287% quarter on quarter.

Verbraeken says the results “confirm that our approach to disrupt the banking sector is working with almost 20,000 new customer accounts opened in the past three months, bringing the total number of new accounts added in 2018 to over 60,000”.

In terms of other stats, new mortgage lending in Q3 was over €240 million bringing lending to €662 million in the first nine months of 2018.