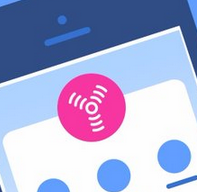 The deal, worth $30 million, is with Greg Kidd’s investment firm Hard Yaka. Well-known in the fintech industry, Kidd was an early investor in Ripple, Square, Twitter, and Coinbase.

For its end of the deal, Yoyo will integrate its commerce API with Hard Yaka’s Global ID, a global user identification platform. Global ID helps users prove their identity via their electronic footprint. The tool’s identity token is a key feature to helping users make purchases online and in-store; this commerce element is where Global ID will leverage Yoyo’s loyalty and purchasing app.

“Yoyo is the cornerstone to the global delivery of the Hard Yaka vision. We know about data – and our collaboration together will generate a boost to the Global ID movement that will shape the future of the global consumer market and disrupt the status quo,” states Yoyo chairman Alain Falys.

In praise of Yoyo’s secure and scalable platform, Hard Yaka founder and CEO Greg Kidd says :“Yoyo has a very sophisticated technology that includes a nimble application programming interface that makes it easy to integrate into the Yoyo platform. This will enable users to pay for goods and services and receive loyalty rewards and other benefits through a mobile device – without compromising the security of the consumer or giving up more private details than necessary.”

Yoyo was founded in 2013 and processes more than two million transactions per month for its more than 800,000 users. Yoyo has raised $30.3 million from Metro Group, Touchstone Innovations, Woodford, and Firestarter.

This summer, the company launched a new feature that allows users to order ahead. Weeks later, Yoyo announced it exceeded one million users on its platform.