The concept of identification has always been at the heart of financial services. For banks to manage customers’ money safely, they know exactly who they are dealing with – a simple premise on the surface, but a complex and costly task in reality. 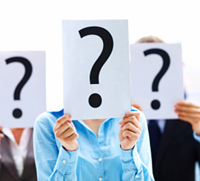 While numerous technology solutions exist to help streamline KYC processes for banks, a recent study by Thomson Reuters shows that some financial institutions are still spending up to $500 million annually on ensuring KYC compliance. This has driven many banks to de-risk, terminating their relationships with particular institutions, countries and regions.

The emergence of blockchain technology has provided an opportunity for banks to re-engage with customers and correspondent banks excluded as result of de-risking. But design matters. Technology must be coupled with regional KYC and anti-money laundering (AML) standards in order to improve transaction traceability and identify potential suspicious activity, and highly sensitive data must be handled appropriately.

To understand how blockchain can improve KYC, it is important to first understand the scale and scope of the challenge.

Since 2010, 28 major banks have been fined for breaching US sanctions, with seven banks receiving fines exceeding $500 million, of which the highest was $8.9 billion. In one particularly pertinent example, the UK’s Financial Conduct Authority and the New York Department of Financial Services issued KYC/AML fines for an institution that formed a cumulative $628 million.

In response, banks have moved to reduce their risk by shedding correspondent banking relationships in developing countries. The high and rising risk of fines and the costs of increased scrutiny have destroyed the tradition of banks extending services throughout the world, particularly to the poorest and most difficult-to-analyse regions.

However, recent technological innovation in blockchain-based systems promises improvement in KYC compliance without the need for extensive networks with central administrators. Data on a blockchain platform’s distributed ledger is verifiable and immutable, providing increased transparency to relevant participants.

Regulators impose fines and penalties on banks that don’t conduct appropriate due diligence on the entities and individuals they directly deal with; therefore, banks use intermediaries and shift some of the risk to the middle men or reject processing the transaction altogether. The more readily a bank in a well-developed country can access information on the end user and the end user’s bank in an unbanked region, the more comfortable it will be with facilitating the transaction.

KYC registry on the blockchain

The shared nature of blockchain technology lends itself naturally to providing a single, unified registry of KYC information for banks. A KYC application built on R3’s Corda blockchain platform recently facilitated over 300 transactions during a collaborative four-day trial with 39 financial services firms, as well as various central banks and regulators.

In stark contrast to the typically complex and duplicative KYC processes banks are forced to endure today, Corda’s self-sovereign model allows customers to create and manage their own identities including relevant documentation and then grant permission to multiple participants to access this data. This reduces duplication and costs by eliminating the need for each institution to individually attest and update KYC records.

The transactions in the trial were conducted in 19 countries across eight timezones. Banks were able to request access to customer KYC test data, whilst customers could approve requests and revoke access. Customers were also able to update their test data which was then automatically updated for all banks with permission to access it.

Corda’s unique technology addresses any concerns around data privacy and security that may arise when sharing identity data. In direct contrast to traditional permission-less blockchain platforms, Corda only shares data with those with a need to see it. This is critical for its application in the KYC space, where sensitive data must be kept confidential.

Having KYC information readily available allows banks to spend more time analysing information rather than collecting and verifying the data received – a key issue in onboarding delays. In addition, all data is fully standardised, significantly reducing the time, cost and resources required to manage it.

The current de-risking problem has pushed millions of individuals and entities out of the traditional banking system and caused them to explore non-traditional payment methods that have little or no government oversight.

The right blockchain technology design coupled with KYC and AML standards consistent across regions will significantly increase traceability to support financial inclusion for the countries and regions whose development hinges upon access to the global banking network.

Following the success of the recent 39-member global trial, R3 is focused on developing the solution, scheduled to go live in 2019.