Is PayPal working in the gambling industry?

There’s no denying that the international gaming industry is one of the great success stories of modern commerce.

It took more than 35 years for the industry to develop into the $35 billion success it became in 2007, the same year that we were first introduced to the iPhone. Since then, however, gaming has evolved into something of a phenomenon. 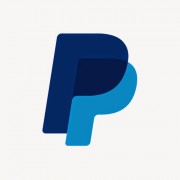 For businesses in the gaming space, and digital gaming e-commerce, in particular, it represents tremendous monetisation opportunities, of which PayPal is a shining example.

PayPal online gaming research reported that its gaming business managed to increase by more than 23% in 2017 among paying gamers in 25 markets, which accounted for over $12 million in global payments. The Digest Gaming Global Overview report provides insights into online gaming relevant to other strategy and payments.

The findings from the report point to live streaming and eSports video content, with regards to viewership. As eSports revenues reached $756 million last year, there’s huge potential for the monetisation of such content. Further to this, according to PayPal, viewers have no problem when it comes to supporting streamers through payment. The US ranks first, with more than 34% of live stream viewers having spent at least $50 million within a three-month period.

Within this context, it’s worth noting that the opportunity to monetise eSports and video can only be explored if customers can access easy and fast ways to purchase content.

While online gamers generally use various payment methods for their digital content, 25% of gamers opt for PayPal. The primary reasons given by those who took part in the survey were speed and ease of use.

Debit cards ranked second, cited by 13% of those surveyed, followed by visa credit cards at 9%. Next came MasterCard at 9%, wire transfer at 4%, and Google Pay and Apple Pay, each at 3%.

Just 13% of gamers worldwide chose a method of payment because they felt that it was more secure than others.

Money is being spent equally on full game downloads and in-game purchases in the US. Surprisingly, however, spending on the latter is higher among older US gamers. Specifically, gamers 35 and older have spent an average of $50, compared to $40 for those aged 18-34.

Younger players prefer spending more on average for full-game downloads, at $63 compared to $48 for those aged 35 and older.

When gamers are making purchase decisions, they look to YouTubers before journalists. In the US, live streamers on such sites as Twitch carry about the same amount of influence as journalists with regards to purchasing intent (15% and 16%, respectively). At 27%, however, YouTubers are way ahead of journalists.

Where are gamers purchasing from?

On an international level, active paying gamers who took part in the PayPal study have made purchases across 14 platforms and close to 30 storefronts. Many millennials tend to enjoy their gaming on the Steam platform at 31%. Gamestop enjoys an even higher share in that particular segment, however, with 45% citing the platform as their favored gaming content shopping destination. This reveals a trend that is worth keeping an eye on in the short term: in spite of a move towards digital channels, major retailers remain a valid choice for a significant share of gamers.

The core nature of a gamer’s payment process

The core aspect of the entire process is the checkout. The gaming experience shouldn’t be interrupted for anything- no matter the channel. That’s why seamless payment experiences helping to turn payless players into paying players is every bit as important as it is in any vertical.

Online gamers have proven to be a selective group when it comes to checkout options: 44% of customers in the US and 50% of international customers have indicated that they have quit on making an online purchase should their preferred method of payment not be available at checkout.

With that in mind, it’s more important than ever for both publishers and developers to provide the perfect in-game active worldwide gaming experience.

The online gaming study from PayPal was conducted from February-March this year, surveying 25 markets and close to 25,000 active paying gamers across the globe.