Norway-based Kraft Bank is up and running as it has received all necessary permits and licences to run as a fully-fledged consumer bank. 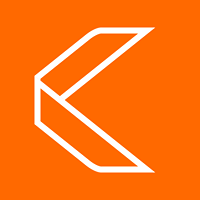 Kraft, which is based in Sandnes in the southwest of the country, received a banking licence in December 2017, and it was fully subscribed for an issue of NOK 300 million ($35.6 million) in January 2018.

It officially started operations in May. Kraft uses loan agents as a sales channel, but also receives customers directly.

The product offer will initially consist of loans and credit; and will eventually expand to customer deposits.

Its team consists of four management personnel – for a total of 11 employees. Its first three customer advisors are in place and Kraft explains it is considering hiring more as it receives “increased number of customer requests”.

Kraft Finance is the power behind Kraft Bank and has about 40 employees distributed in six cities; Stavanger, Sandnes, Ålesund, Trondheim, Oslo and Tromsø.

Kraft Finance was established in 2001 and is a securities company with a licence from the Danish Financial Supervisory Authority. Førland is also chairman of the board at Kraft Finance.

The bank is new but has already released some financial results.