I&M Rwanda about to roll out Infosys Finacle 10

I&M Bank Rwanda is just a few days away from the go-live of its new core banking system, Infosys’ Finacle 10, a project which started 18 months ago. 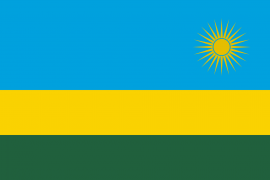 The project has been in the works for a while, preparing the bank for the new system’s transformation, from Delta-Bank to Finacle, which will go live 31 August.

The Delta-Bank system, now known as Sopra Banking Amplitude, stems from French supplier Delta Informatique, which was acquired by Sopra Group in 2011.

The bank sent the technical staff for training to Nairobi last year, in preparation for the implementation.

I&M Bank Rwanda was renamed in 2013 after a change of shareholders, and was previously known as Banque Commerciale du Rwanda (BCR) or Commercial Bank of Rwanda.

I&M Bank is a Finacle user in the home market in Kenya. The system was implemented there a decade ago, to replace Oracle FSS’s Flexcube, FinTech Futures understands. Finacle is also installed at I&M Bank in Tanzania (formerly CF Union Bank).

FinTech Futures recently reported that Infosys’ system had been picked Australian Military Bank, A Bank in Myanmar, and Santander in the UK for corporates.