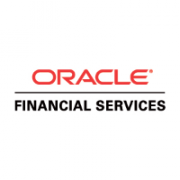 The credit union’s CEO, Brendan Prince, believes that the credit union will benefit from “the philosophy changing from looking globally to looking and acting locally”.

He also says that the migration “enables the credit union to fulfil the engagement opportunities and meet the growing needs of our membership base”.

He states: “The platform is essentially an investment in our future.”

Co-op Money NZ interim chief executive Jonathan Lee believes that deploying Flexcube is vital for credit unions to continue to be able to enhance their services to their members.

Co-op Money NZ has deployed Oracle Flexcube in four credit unions in less than a year, and will expand to another five before the end of the year.

Just at the end of last year, we reported on NZCU Baywide, also part of Co-op Money NZ, moving to Flexcube.