Military Bank first in Australia to jump to cloud with Infosys

Australian Military Bank has gone live with Infosys’ Finacle solution, which is believed to be the first in the country to fully commit to a Software-as-a-Service (SaaS) cloud core banking system. 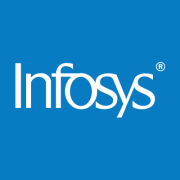 An Australian Military Bank’s senior exec says they were tasked with “managing the data migration and third-party integration with key business partners”.

The executive also says that the environment is PCI compliant and meets Australian Prudential Regulation Authority (APRA) requirements around cloud computing. It is also integrated with Cuscal for payment systems. The implementation of the system took six months.

The person in question also adds that the bank replaced its legacy MPLS network with a SD-WAN solution, which reduced the overall data networking costs and substantially increased each site’s bandwidth capabilities.

Gears are grinding in the land Down Under, with Australia-based challenger Xinja picking technology, and Judo Capital receiving some chunky funding.