Identity authentication and secure card issuance company Entrust Datacard has purchased SMS Passcode from CensorNet, a cloud security firm. Additionally, Entrust made a strategic investment of an undisclosed amount in CensorNet. Terms of both the investment and the acquisition remain undisclosed, reports Julie Muhn at Finovate. 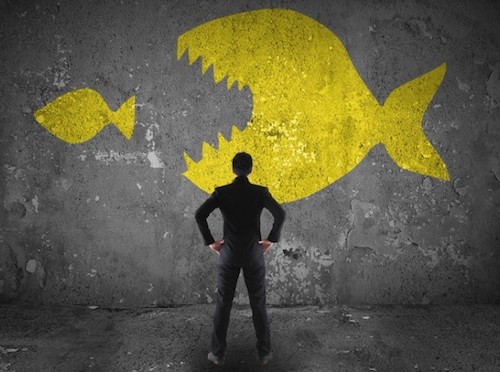 So many secrets in this story

With the acquisition of Copenhagen-based SMS Passcode, an adaptive multi-factor authentication technology solution, Entrust hopes to further establish itself in the authentication space while expanding its global footprint throughout DACH/Benelux and the Nordics.

The company will integrate the new technology with its IntelliTrust SaaS authentication tool, a solution launched last year for data, apps, and network protection.

Collaborating with CensorNet on its USS platform, which offers a cloud access security broker, multi-factor authentication, and web and email security, will help Entrust bolster new offerings across authentication, PKI and SSL.

Specifically, Entrust says it will leverage the partnership to enhance its Authentication Insight Engine by providing faster authentication decisioning.

“Identity-centric data analysis is in CensorNet’s DNA, and identity assurance capabilities in ours,” says Todd Wilkinson, president and CEO for Entrust.

With 2,200 employees in 34 locations across the globe, Entrust is a privately held company headquartered in Shakopee, Minnesota. The company issues ten million+ identity and payment credentials daily and manages billions of transactions on an annual basis.