The Hong Kong Monetary Authority (HKMA) has published its Open Application Programming Interface (API) Framework as it prepares the region for open banking. 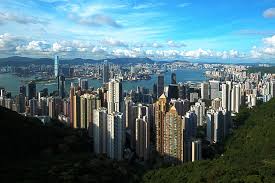 “One small step for a bank…”

This follows on from September 2017, when the HKMA revealed its “Open API”, one of seven initiatives, to improve its banking scene.

In the latest chapter, the HKMA says Open API can help to “ensure the competitiveness of the banking sector, encourage more parties to provide innovative and integrated services that improve customer experience, and keep up with worldwide development on the delivery of banking services”.

Norman Chan, chief executive of the HKMA, adds: “Open API is one small step for a bank, but a milestone for financial innovation in the banking sector.”

It says “all respondents were supportive” of the HKMA’s policy direction in developing the framework.

Some respondents have sought clarification or requested more details, particularly on the engagement with third party service providers (TSPs).

With release of the framework, the HKMA expects banks to deploy phase I APIs within six months and phase II APIs within 12 to 15 months.

Upon receiving the deployment roadmaps from banks, the HKMA plans to publish a summary of roadmaps of the open API functions from the banks for reference by the market.

The HKMA has been active in trying to improve the region’s banking and fintech scene.

On 17 July, several banks in Hong Kong revealed they were launching a trade finance blockchain platform as they target production use in the region. The HKMA has been helping the project, with the implementation led by the Hong Kong Trade Finance Platform Company Limited (HKTFPCL).

Back in February, the HKMA was mulling an academy of finance. On 17 July, it decided to proceed with this. The regulator says it will shortly set up a preparatory committee to take forward this initiative with a view to launching the academy around mid-2019.