Crypto gold rush: regulations and the next trillion dollar tug of war

“Bitcoin won’t look anything like it is today. It will have a different name, if it exists.”
Robert Shiller, 2018, Nobel Prize

For an entrepreneur or investor in a new market in hyper-growth, besides getting your timing right, regulations are probably one of the few key determining factors to success. If you anticipate correctly upcoming regulations, you can ride the hyper-growth wave, but if you miss your shot, consequences can be dire. Let’s take a look and try to better understand the role of regulators, why they do what they do, and who can benefit from the current regulatory environment around crypto. 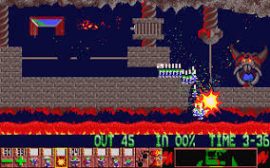 In 2008, in the wake of the global financial crisis, Queen Elizabeth lined up her brilliant economists at the London School of Economics. She asked: “Why did nobody notice it?” Not a bad question. If the issue was so large, how is it that no one saw it coming? Prof. Garicano said: “At every stage, someone was relying on somebody else and everyone thought they were doing the right thing.” This sounds like a perfectly good reason, and also the possible description of the 1990s game Lemmings.

The then chairman of the US Federal Reserve, Ben S. Bernanke, recognised that the models were making assumptions of smooth sailing financial markets. Bernanke’s response isn’t much less embarrassing than Garicano. Economy is the study of economic cycles coming in the form of a perpetual succession of expansions and recessions, or in some instances, booms and busts. There are hundreds of cases of bubbles that burst in the past. Making the assumption that we are “smooth sailing” isn’t a prediction. It’s a bet, and it turned out a poorly informed one. 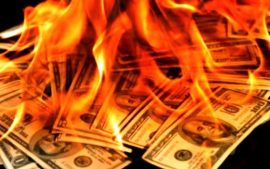 Regardless of whether they blindly follow one another, or the (near) past, one thing is clear: when policy-makers and regulators looking after our economy are wrong, they get publicly blamed.

Does this even matter?

Most blockchain/crypto entrepreneurs looking to run a token offering that I’ve spoken to are still raising or considering raising in the US. However, they do so despite the uncertainty of current regulations (mostly with the SEC).

Regulating is a balancing act. Too many rules and you could easily stifle innovation and stunt growth. Too little or ineffective and you may be setting your country up for a perfect storm of monumental proportions. For example, when combining loosely regulated “subprime” mortgages with loosely regulated heavily leveraged and obscurely complex hedge fund products, leading up to 2008 and our fateful meeting with the Queen.

Skip over to 2018 and cryptocurrencies

So what? Who will benefit?

I was told by a friend with extensive central banking experience that policy-makers and regulators typically approach things in three strides:

Cryptocurrencies are no exception to this framework.

Simply put, if it were clear that cryptocurrencies were harmful beyond repair to economies around the world, we’d know a long list of unconditional, indefinite bans. No matter what Jamie Dimon, CEO of JP Morgan claims, it is unequivocal that cryptocurrencies are here to stay. So the good news is bubble or not, the question is not whether blockchain and cryptocurrencies should exist, but how big will they become. To which Gartner as well as others say… Very big. We believe many trillions big. As far as I know, this is usually big enough to warrant taking a few minutes to investigate.

At this stage, regulators are jockeying for what to call it and what not to do with it. That last part is still under discussion everywhere in the world and among the G20 nations. The US Treasury says Bitcoin is a convertible decentralised currency, the CFTC calls it a commodity, while the IRS taxes it as property. The SEC is keen on classifying new cryptocurrencies as securities (except for Bitcoin and Ethereum who get a hall pass). Retrofitting existing regulations has lead to today’s crypto kaleidoscope of regulations. These will continually evolve as consensus develops among regulators worldwide.

Bottom line is investors want cryptocurrencies. Regulators hope the next bubble won’t form in their jurisdiction or destabilize the global economy, which is unlikely with all crypto valued below 1% of global GDP. Uncle Sam is anxious to get its tax money. No one wants to deal with another Silk Road or other money laundering schemes, including of course the FATF. Meanwhile, investigations by the Foundation for Defense of Democracies found less than 1% of Bitcoin transactions subject to money laundering. The banks do not want cryptocurrencies. Ironically, the more they attack cryptocurrencies, the more they validate them too.

So who’s to win this global tug of war? In order of upside:

Being the flagship country for innovation has a large ripple effect over the rest of the economy and is a position that tends to self-perpetrate itself. There is a massive opportunity to be seized by the Maltas, Singapores, and Switzerlands of the world and other regulatory agile countries. The key here is to do better, be more streamlined, and more welcoming than the US to capture the upside.

Lastly, for some countries, blockchain innovation is a way to leverage open source banking and supply chain software code to modernize their infrastructure, just like China entirely skipped the plastic credit card and leapfrogged to mobile payments. Sometimes trailing can turn into an advantage and catapult you into a leading position. That’s a stance the UAE has taken a lead on with its Blockchain Strategy 2021. Other countries are following such as Kazakhstan pushing forward its Astana International Financial Center (AIFC), which just released drafts for an entire blockchain-friendly regulatory framework.

In the near term, probably two to three years, if we believe Gartner, speculative gains will dominate. The game here is not to hope for three to tenfold but rather 1,000X+ on a few projects, while planning for the rest of investments to be lost on failed projects. Boston College researchers found that blindly indexing all ICOs would earn you a return of 82%.

I have yet to find an investor who would index across small caps, let alone startups and expect anything close to 80%, or even -80% for that matter. Last but not least, the near-instant liquidity that goes with token sales beats traditional VC investments by a very large margin. There’s a massive difference between an elusive exit ten plus years post investment versus guaranteed immediately or say within one or two years when there is a lock-up period implemented. This is an aspect regulators may address more directly in the future.

Now it’s worth highlighting that all the above aspects tie to speculative investing more so than longer term value investing. The same crypto story that is generating excitement and attracting speculative investors, is also resonating strongly with the smart, engineering type. These engineers, while not always skilled at doing business are consistently the source of the next generation of “unicorns” and ultimately, the value created.

Capital does not guarantee success and is not always necessary to the extent it is being spent on some blockchain projects… But without dry powder, there are no fireworks.

One last word before wrapping up: what can regulators and policy-makers do to better deal with cryptocurrencies?

The recent Zuckerberg congressional hearings painfully put on display how dysfunctionally large the gap of knowledge can become for policy makers to be effective or even just be part of the discussion. 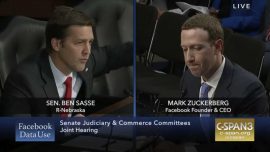 We’ve seen some degree of sophistication from blockchain regulators. However, the playing field is still fairly uneven. The policy maker of the future is likely technologically proficient. Until that happens, regulators and policy makers are facing the imperative of sourcing the appropriate knowledge. They have the option to source knowledge from consultants and industry experts, or to hire trained experts in-house. If policy makers don’t adapt or evolve, they risk the consequences of misaligned, inefficient, and potentially value-destructing policies.

In summary, crypto is its infancy and people are quick to dismiss it as a bubble. However, taking an active approach to understand the technology, and to appropriately regulate it could lead to massive gains in modernization of the global financial infrastructure.

After spending 20 years imagining and creating what the next decade will look like for global companies including Microsoft, Orange France Telecom, Accenture, Proctor & Gamble, Red Hat and several startups, Francois knows that technology alone does not solve problems but properly molded and applied, it can change the world and make it a better place.

Connect with Francois on LinkedIn