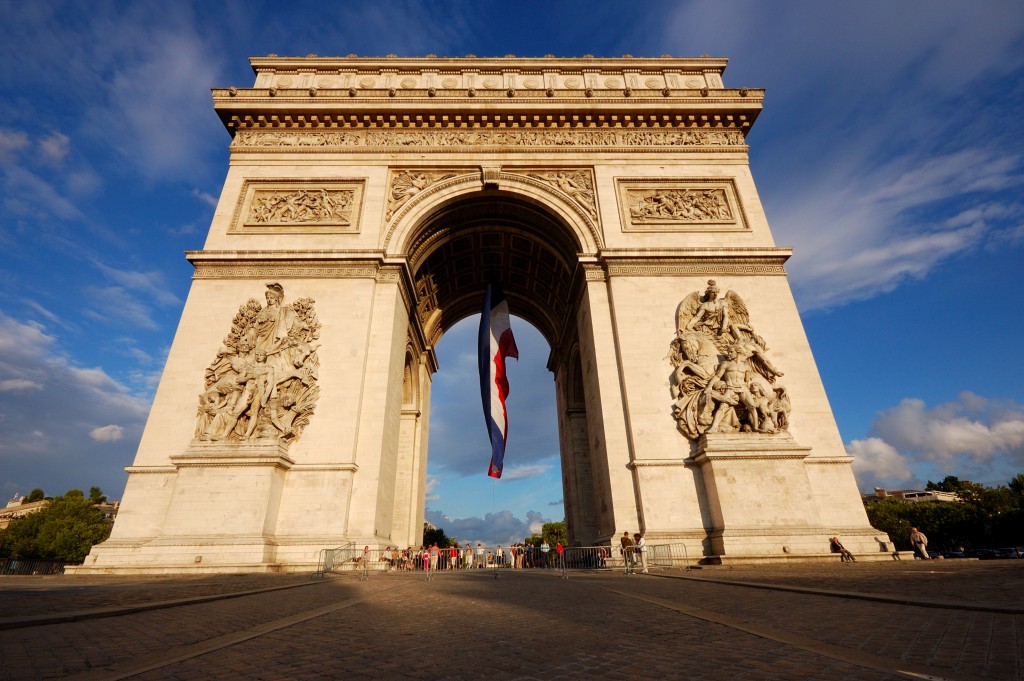 The rise of French fintech

The French fintech market has come a long way. For years, the firms willing to launch in France found it difficult to make a place for themselves, often struggling with the tight regulatory oversight, the low level of funding and the mindset of French customers who preferred to stick with their traditional banking providers. But, as new regulations came into force and customers started to lure alternative financial offerings, France eventually embraced the fintech disruption.

“Contrary to what most people think, France was among the early adopters of the digital financial system with the creation of the first digital banks in the 1990s,” says Alain Clot, founding chairman of France Fintech, the association representing fintechs in France and abroad. “But, it is true that it took some time for the sector to take off. Today, though, firms are active in every sector ranging from payments to accounts aggregation and from insurtech to robo-advisors and crypto-asset wallets.”

France currently counts some 300 fintechs. And, if the level of fundraising is any indicator, the local fintech market seems in good shape with a total of €318 million raised in 2017 across 64 deals, against €172 million the year before, according to a recent report from KPMG. In comparison, French firms raised only €5 million in 2010.

So, how did the French fintech sector really launch?

For market participants, the introduction of the first European Payment Services Directive (PSD1) in 2007 – which was transposed into French law in 2009 – served as the trigger point. At the time, the European Commission (EC) was seeking to make cross-border payments as easy and secure as possible and looked to introduce more competition in a sector that was until then the banks’ core remit.

“Back then, the only option for you to make a payment was to go through your bank,” says Mikael Ptachek, head of the fintech practice at KPMG in Paris. “But with PSD1, a number of fintechs suddenly emerged and they started to process cash flows without getting a full banking licence.”

Requesting a banking licence is often seen as a daunting process, in part due to the heavy capital requirements involved. Instead, PSD 1 allowed the new entrants to simply register as payment institutions. With this new status, firms such as the payment platform Leetchi, the peer-to-peer (P2P) payment app Lydia, the bank accounts aggregation service Linxo and the new digital bank Compte Nickel emerged.

A second wave of regulation in 2014 helped boost the French fintech market. At the time, the Ministry of Economy decided to regulate the crowdfunding sector with the introduction of two new statuses. On one side, the Conseil en Investissement Participatif (CIP) aimed to regulate equity crowdfunding platforms, which falls under the supervision of the financial markets and securities regulator, the Autorité des Marchés Financiers (AMF).

On the other side, the regulation created the Intermédiaire en Financement Participatif (IFP) for crowdlending platforms. These are supervised by the financial services regulator, the Autorité de Contrôle Prudentiel et de Résolution (APCR). It’s under the IFP status that Lendix, one of the most promising fintech in France which raised another €32 million in June this year, launched in September 2014.

“We believe that those regulations are a clear advantage for the new entrants because it allows them to present themselves as a regulated entity, which is reinsuring for both the customers and the investors,” says Pierre Bienvenu, a member of the ACPR Fintech Innovation Unit. 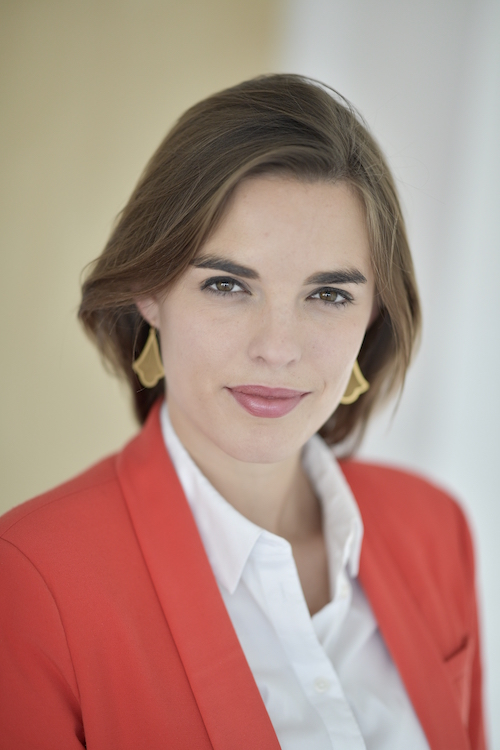 Domicile Dessertine, AMF: “Our role as a regulator is to make sure we have a level playing field”

For many fintechs, though, the regulatory process has sometimes been a path full of roadblocks. This was the case for Cyril Tramon, who launched WeShareBonds, a lending platform for SMEs in Paris between July 2015 and May 2016.

“It took the regulator several months to understand our project because they had never seen that before, “ he says. “It was a constant back and forth and, to be fair, it wasn’t a process whereby we could talk to the regulator and discuss with them. When we had a question, the regulator decided when and whether they had time to answer it.”

To respond to the new entrants’ needs, both the AMF and the ACPR set up dedicated teams in 2016. The teams each made up of four members are in charge of taking the start-ups through the heavy regulatory process involved with their activity. But, as Domitille Dessertine, a member of the Fintech, Innovation and Competitiveness team at the AMF points out, the teams are not here to re-write the rules for the newcomers.

“Our role as a regulator is to make sure we have a level playing field between firms offering the same type of services,” she says. “As such, we don’t distinguish fintech from incumbent players. We simply think that, in most cases, new players need regulatory responses more than regulatory changes and that’s why we set up this team.”

Many fintechs in France welcome the move and recognise the help both the AMF and the ACPR have provided. This, they say, contributed to their successful launch.

But the regulatory changes were not the only factor behind their successes. Just like in any other market, French firms had a knack for exploiting customers’ frustration with the banks’ old services.

“My business partner and I really tried to put ourselves in the shoes of the customer,” says Bruno Van Hastedaele, co-founder of the banks account aggregator Linxo in Aix-en-Provence. “What they wanted to know was how much they had on their various bank accounts and how much they were spending. But, no bank offered that service back then. That’s how our app was born.”

Van Hastedaele insists on the fact that Linxo was not created to compete with banks but simply to bring a new service to the market. Still, banks saw the arrival of those services from a slightly different perspective and a number of them decided to pick up a fight with the new entrants.

This led to some ludicrous situations like in 2013, when one of the two founders of another accounts aggregation service, Bankin, received a surprising phone call. The caller, a bank employee, called to warn against the Bankin’ service, saying it was not provided by their bank and that users would not be reimbursed in case of fraud. What the caller failed to realise, though, is that he was actually talking to the company’s founder.

Pierre-Antoine Dusoulier, former CEO of Saxo Banque France and founder of IBanFirst, a firm that specialises in cross-border payment for companies, concedes that the relationship can sometimes be “difficult”. But, to him, the stance taken by some banks is mainly due to the “schizophrenic situation” they are in. “They don’t want to share their business with people like us,” he says. “But at the same time, they realise that their customers come to us because traditional banking services are not meeting their needs.”

Things are changing, though. Over the recent years, dawned with the realisation that they could potentially benefit from the solutions developed by the fintechs, banks have started to enter into partnerships, slowly moving towards a “coopetition” process. 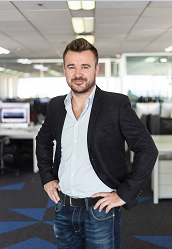 This is what’s happening with Kantox, an FX solutions provider. Until 2016, the firm focused mainly on providing competitive and transparent fees on foreign exchange transactions to SMEs. To that extent, the firm was in direct competition with the large market makers out there. “In the first place, they found our service too small to be relevant,” says Philippe Gelis, one of the co-founders of the firm. “But then, we started to get some sizing traction and banks competed fiercely with us.”

Kantox therefore decided to revert the trend. Instead of competing on price, the firm would now compete on technology. “Over the past 12 months, some banks have started to really value the technology around the automation of hedging we have built,” Gelis says. “The idea for them is to access our solution to bring more value to their customers and to increase the efficiency of their trades. So, in April, we started partnering up with eight banks and we have launched a proof of concept with two of them already.”

But these partnerships are not one way and the fintech have a lot to gain too. The interest for them is twofold. First, they can learn about regulatory compliance and large scale processing from banks. Second, and more importantly, they can gain access to new clients.

“If clients come through the banks, the cost of acquisition will be much lower because we don’t really have to prospect,” Gelis goes on to say. “On top of that, banks’ customers are larger than the ones we traditionally serve and they are based in different geographies, which is a good way for us to expand outside of Europe.”

This gives some room for maneouvre to the fintechs. But this also poses some risk to the banks. If the new entrants can gain access to banks’ customers, they may well bypass the traditional players in the long run. At that point, banks will simply become an infrastructure provider with all the smaller firms plugging into the platform to provide their services directly to the clients.

Ronan Le Moal, general director of the regional bank Arkéa and former CEO of the digital bank launched by Arkéa in 2001, Fortuneo, acknowledges the risk. “Being in ‘coopetition’ is being able to work with a fintech and help the firm grow while providing services it needs. But we should be careful not to lose the customer relationship we have forged over the years. Otherwise, we’ll simply become a commodity…”

This is an excerpt. The full article is available in the July/August 2018 issue of the Banking Technology magazine.
Click here to read the digital edition – it is free!