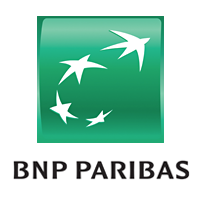 BNP Paribas wants to tap into Compte-Nickel’s growth – citing its 540,000 accounts opened over the past three years and that a new account is being opened in France every 30 seconds. Compte-Nickel also offers real-time payment transactions.

FPE and BNP Paribas have signed a memorandum of understanding (MoU), which is seen as a “second phase” in the expansion of Compte-Nickel. The aim is to speed up the acquisition of new customers, with the target being a total of two million accounts by 2020.

In addition to this deal, the “exclusive partnership” between Compte-Nickel and the Confédération des Buralistes de France has been extended. The latter represents about 25,000 local retailers of state-licensed products and services, including tax stamps and sub-post office services.

Pascal Montredon, president of the Confédération des Buralistes, says its target is to “increase fourfold within a few years the number of local retailers who distribute Compte-Nickel” and it is “expected that the Confédération and BNP Paribas will study together any project contributing to modernise the Buralistes’ network”.

The draft agreements relating to this transaction will be subject to a consultation process with the “works council” of each of the two parties and will require the relevant regulatory authorisations before being finalised and executed.

The general management team at FPE will remain unchanged. 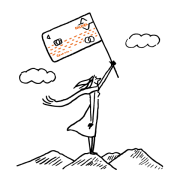 It took FPE three years to set up operations and obtain regulatory approval for Compte-Nickel – a current account service accessible to everyone (regardless of their banking history) and available throughout a vast network of newsagents and tobacconists.

The account has an IBAN number and is equipped with a Mastercard card that can be used for ATM withdrawals worldwide. A customer can make withdrawals and cash deposits at the newsagents/tobacconists and also check the account status in real-time online and via SMS.

According to Michel Calmo, general manager of FPE, “the Compte-Nickel concept rests on five key pillars, allowing a customer to manage their budget with due and proper care thanks to modern, non-intrusive technological tools that ensure financial security”. These pillars are:

SAB with its SAB AT core system (provided on a hosted basis) was selected as a result of a formal tender. Temenos and Sopra Banking Software were among other contenders for the deal.

‘The main advantages of SAB are its SaaS services, competitive pricing and its system’s ability to process online transactions,” Calmo says. As for the FPE’s choice of a hosted option, he comments that “as a payment institution and a new player, we do not want to operate the banking system in-house”.

SAB AT supports front-to-back office operations of Compte-Nickel and interfaces to the aforementioned Monext (which does Mastercard processing), Arkea (SEPA transactions) and the company’s own subscription and transaction platform.