JP Morgan Chase is pushing ahead with its payment ambitions as its Chase Pay teams with Samsung Pay. 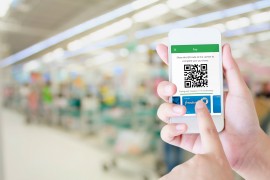 Via the deal, Chase Pay customers are now able to link their accounts to Samsung Pay on Galaxy phones.

This opens up Samsung Pay’s magnetic secure transmission (MST) technology, along with NFC, to pay with Chase Pay across US-based partner retailers, which “increase considerably” through Samsung’s Pay network.

“Now our customers can use the Chase Pay app at millions of merchants around the country. And customers can redeem their reward points more easily,” says Jennifer Roberts, head of Chase Pay.

Consumers can earn both Samsung reward points and benefit from Chase rewards, like Chase cards and Chase ultimate rewards points.

This was presumably the first step for the launch of Finn, JP Morgan Chase’s banking app for millennials.

All aboard the NFC train

The NFC craze is taking over the world.