The Bank of England (BoE) and the other participants in a real-time gross settlement (RTGS) proof of concept (PoC) have confirmed that blockchain can connect to their systems to achieve settlement. 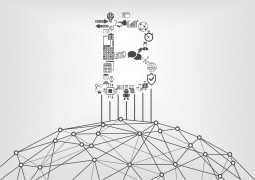 The development of this tech dates back to May 2017, when the central bank designed a blueprint for a renewed RTGS, which “would offer a diverse and flexible range of settlement models, to enable existing and emerging payment infrastructures to access central bank money”.

Nearly a year later, in March 2018, the PoC emerged, as a result of the collaboration among the bank, Baton Systems, Clearmatics Technologies, R3 and Token, with the aim to show how this new service could improve new payment networks, particularly those based on blockchain.

As a result, the companies involved have some recommendations on the matter: consider how account structures could be used in the renewed RTGS service; investigate whether the service could provide and consume cryptographic proofs; and engage with fintech firms to keep up to date with innovation in payment technology.

In a nutshell, the PoC set out to check whether this potential tech would work, and what other features should be added to make it more effective.

The four companies involved in the PoC carried out the following roles:

In other related news, Mark Carney, Governor of the Bank of England (BoE), expressed in March his harsh views on cryptocurrencies.