US Department of Homeland Security awards contract to iProov 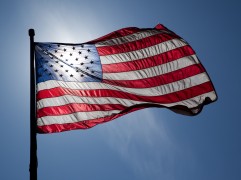 iProov wins contract with US Department of Homeland Security

Digital identity tech firm iProov has won a bid with the US Department of Homeland Security to support border security for the US Customs and Border Protection (CBP), reports Julie Muhn at Finovate.

This makes iProov the first overseas company to win a contract from the US Department of Homeland Security Science and Technology Directorate’s Silicon Valley Innovation Programme (SVIP).

The government will leverage the company’s Flashmark technology, which allows users to take a photo of themselves using their smartphone to verify their identity at border crossings. CBP will cross-check the live photo against travelers’ pre-registered information complete the authentication without human intervention. The process is not only more secure, it is also much faster for the traveler to self-authenticate than to wait in line for a border patrol agent.

iProov says it was selected by CBP thanks to its ability to detect spoofs, recognising when users attempt to trick the technology using a fake photo, screenshot, or doctored video. Andrew Bud, chief executive of iProov, says this capability is due to advancements in machine learning (ML) and artificial intelligence (AI). “We’re now seeing more and more cases of governments and banks turning to self-service, spoof-resilient face verification as the biometric of choice to both increase security and ensure ease of use,” comments Bud.