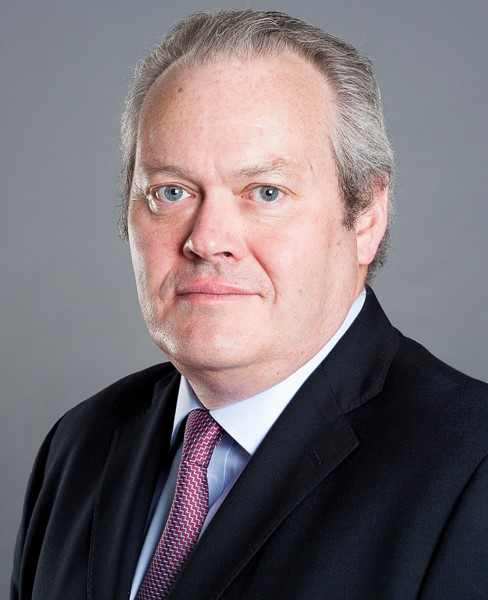 Claude Brown, Reed Smith: the challenge is to avoid throwing the blockchain baby out with the cryptocurrency bath water

When you have spent the last ten years ensuring the continued health and stability of the global financial system and are about to hang up your superhero suit (or at least put it in for a dry clean and press), the appearance of a piece of kryptonite – like innovation can be irritating.

As the Financial Stability Board (FSB) prepares to do a mini fist pump, starts to wind down some of its committees and to shift gear from full-on regulatory change to review and reflective evaluation, cryptocurrencies appear like Banquo’s ghost as a reminder that not all potential sources of financial instability have material form.

So, what to do about cryptocurrencies if you are charged with ensuring the stability of the financial system? One approach is to belittle them – literally. You could point out that, next to the behemoth of the conventional financial markets, they are insignificant and therefore no more than a fiscal curiosity, whilst hoping that their growth won’t prove you wrong.

Alternatively, you could scorn them by pointing out that, although their proponents hail them as “the new money”, they are not “proper money” like traditional currencies. However, this line of argument masks an uncomfortable truth that, since the demise of the gold standard, all currencies, crypto or otherwise are in fact “fiat” and therefore rely on a vote of confidence by their users – it’s just that the traditional currencies currently have more votes. You could always take a narrow view of your job and decide that your role is solely to maintain the stability of the banking system and you achieve this by the simple act of banning banks from holding cryptocurrencies. If no bank holds a cryptocurrency then no bank will be affected by a cryptocurrency crisis. Of course, this does rather depend on (a) all the other members of the regulators’ club adopting the same approach as you and (b) you being right.

The problem is that, even if any or all of these approaches work for central bankers, cryptocurrencies still have the capacity to rain on the FSB’s tenth anniversary parade. You may well have made sure that your industrial-scale fiscal warehouse is mouse-proof but that won’t necessarily stop the mice eating the contents of the financial larder of the private householder living next door. So, at the same time as the wholesale banking regulators are asserting that their banking system is not under threat from any instability caused by cryptocurrencies, the retail market regulators have to deal with their impact on their markets and retail investors. True, headline losses by cryptocurrency investors, even in significant numbers, or the collapse of a cryptocurrency exchange will not take us back to 2007. But it would have a corrosive effect on the reputation of financial regulators, in an age when unitary regulators are the fashion. It would be a hollow victory if the systemic integrity of the banking system was preserved by regulatory bodies which no longer had the public’s confidence.

It would be reasonable to assume that the woes of retail investors, when amplified through the megaphone of the media and public opinion, would be a call arms for the politicians. Yet there are no signs of their offering regulators an arsenal to protect the investing electorate from the effects of a potential cryptocurrency bubble bursting, or of hardcore lobbying by regulators for extended powers to stop the bubble forming.

Of course, there are those who point to history and the fact that the US securities acts were passed after 1929 and not before, or that the Bank of England was the consequence of the South Sea Bubble and not its precursor.

However, it is more than just the fact that the owl of Minerva flies at dusk; politicians in many countries are in the vanguard of promoting cryptocurrencies or at least economic conditions which are favourable to them. True, China and South Korea have banned them and there are those countries such as Japan and Gibraltar which have deliberately created legislative regimes to attract cryptocurrencies.

That said, they are outnumbered by those countries whose politicians are keen to create regulatory environments which, if not specifically designed for cryptocurrencies, are nurturing of them. In fairness, these initiatives are part of broader plans for the promotion of new technologies of which fintech is just one part. Their reasoning is understandable – stagnating economies, revitalising regions that have been left behind by globalisation and the desire to be associated with the new “hip economy”. It is also the case that the political sponsors of these initiatives are not so naïve as to conflate cryptocurrencies with their underlying infrastructure; the challenge is to avoid throwing the blockchain baby out with the cryptocurrency bath water.

However, this political endorsement does throw up some curious anomalies as regulators, who have openly expressed their scepticism or active mistrust of these markets, find themselves co-opted into task forces created by their political masters to promote the latest iteration of the white heat of the technological revolution. Another oddity is that at the same time as politicians are advocating regulatory regimes with less barriers to innovation, the first movers in cryptocurrencies are giving way to participants calling for a more interventionist regulatory approach to their markets.

Of course, there still those who are philosophically opposed to the very concept of any state-generated involvement in their distributed ledger ecosystem. After all, its self-regulating anarchic character is its principal attraction for them. Nevertheless, there is an increasing number who consider that the time has come when some formal regulation would be beneficial. In part, this comes from a view that regulation gives a mantle of respectability. It also stems from recognition that criminal transactions do the market’s image no favours. In this iteration of Thiers’ law, regulation is a catalyst to convert bad money into good.