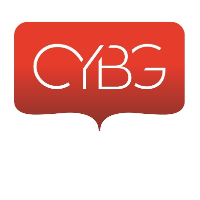 The UK’s Clydesdale Bank and Yorkshire Bank (CYBG) has made a takeover bid for Virgin Money, valuing it at £1.6 billon.

If the deal goes ahead, the combined entity will have six million personal and business customers and a balance sheet of between £60 billion and £70 billion.

CYBG says it will keep the Virgin Money brand, subject to an agreement with Richard Branson’s Virgin Group.

Virgin Money has confirmed the preliminary approach and its board is “in the process of reviewing this proposal”. It adds that there is “no certainty” a formal offer will be made.

Both of them make a lot of noise about being “challenger banks”, yet Virgin Money was founded in 1995. It expanded its business in 2011 when it bought the remnants of Northern Rock for £747 million.

In turn, CYBG is a holding company that owns Clydesdale Bank, Yorkshire Bank and the app-based bank B. It was formed by National Australia Bank (NAB) in February 2016.

As reported in February, Virgin Money was moving closer to the launch of its digital bank with beta testing expected in the second half of this year.

CYBG has been a long-standing user of FIS’s Profile core banking system.

There is no word yet on what will happen to these two different platforms.

By the way, the UK’s Financial Conduct Authority (FCA) is looking into last week’s 15% increase in the value of Virgin Money’s shares, which rose from 271 pence on 27 April, to close at 312.4 pence on 4 May.

The FCA says: “We don’t comment on specific cases but we conduct surveillance across the market on a daily basis and routinely look at unusual or sudden changes in price or volume.”