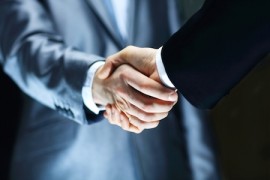 Credit Karma and SpyCloud team up

Credit Karma has expanded its identity theft monitoring offering to include data from the dark web, reports David Penn at Finovate.

VP of data products at Credit Karma, Anish Acharya, says the decision to offer the dark web data breach search service was important for its users, and that a “pervasive” problem like identity theft from data breaches required a “comprehensive” solution. Credit Karma users can access the dark web monitoring service via the app in the ID Monitoring option in the Settings menu. The service can be accessed online via the Resources tab at the company’s website.

Credit Karma’s move comes less than a year after the company introduced its free identity monitoring service. This service provides users with monitoring, notifications, and advice such as how to report fraud, freeze their credit, or change their passwords. It adds to the free credit monitoring and personalised financial recommendations that has been the Credit Karma’s stock in trade since the company provided its first free credit score in 2008.

“Over the last ten years, you’ve come to rely on us as we continue to look for ways to help you save money and stay on top of your financial identity, and we take that trust seriously,” Credit Karma’s product manager Adam Boender said when the new service was announced last autumn. “As part of our mission to be your financial assistant, it made a lot of sense for us to build and provide ID monitoring as data breaches have become more prevalent.”

The company was founded in 2007. Kenneth Lin is CEO.

SpyCloud protects businesses and their customers from account takeover (ATO) attacks – a form of cyberfraud that is increasingly common due to the widespread reuse of passwords. The company’s solution protects Windows accounts from takeover automatically and leverages its rich dataset to launch new fraud investigations of potentially exposed customer and employee accounts, including those compromised credentials being actively traded on the dark web.

Founded in 2016, Austin, Texas-based SpyCloud has recovered more than 32 billion breached assets and more than 500,000 C-level executive records. The company says its technology recovers six million credentials a day and more than 50 breached databases per week.