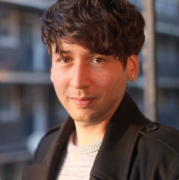 Digital banking alternative Revolut is the latest fintech to help you turn your spare change into savings gold (or cash, or Bitcoin), writes David Penn at Finovate.

Revolut has introduced a new tool, Vaults, that enables users to set aside the spare change they get from daily transactions. “Every time you make a card transaction with Revolut, we’ll round up your purchase to the nearest whole number and place your space change into your Vault,” Revolut’s chief blogging officer (yes, it is an actual job title), Rob Braileanu, wrote this morning. “Picture the scene – you buy your morning coffee for £2.70, we round it up to £3.00 and automatically place £0.30 into your Savings Vault.”

Spare funds set aside in Vaults can be withdrawn at any time, and users can adjust the savings setting to have more or less spare change directed to their Vaults. Users of Vaults can save spare change in any of the 25 supported currencies, as well as cryptocurrencies such as Bitcoin, Litecoin, and Ether. In addition to turning spare change into savings, the app can be used to set up recurring payments that are set aside in your Vault or make one-off payments.

“We’ve had thousands of people in our community asking for this feature, so we wanted to give something back and ask for their help in naming it,” Revolut CEO Nikolay Storonsky says.

Setting up the Vault on the Revolut app is straightforward. After making sure you have the latest version of the app installed, select “Vaults” under the “More” tab. Name your Vault and choose the currency and the savings goal. To round up transactions, choose the “Spare change” option. Funds set aside in the Vault are kept separately from the user’s main Revolut card account. Users should understand that funds received by Revolut in digital asset transactions are not protected under the UK Electronic Money Regulations 2011 nor the Financial Services Compensation Scheme.

Founded in 2013, Revolut now has more than 1.5 million customers across Europe and has processed more than 70 million transactions to date – totalling more than $10 billion in volume. It says it has saved customers $160 million in fees.

With plans to enter the North American market later this year, Revolut has raised more than $86 million in funding. The company includes Index Ventures, TriplePoint Capital, Balderton Capital, and Mastercard Start Path among its investors.