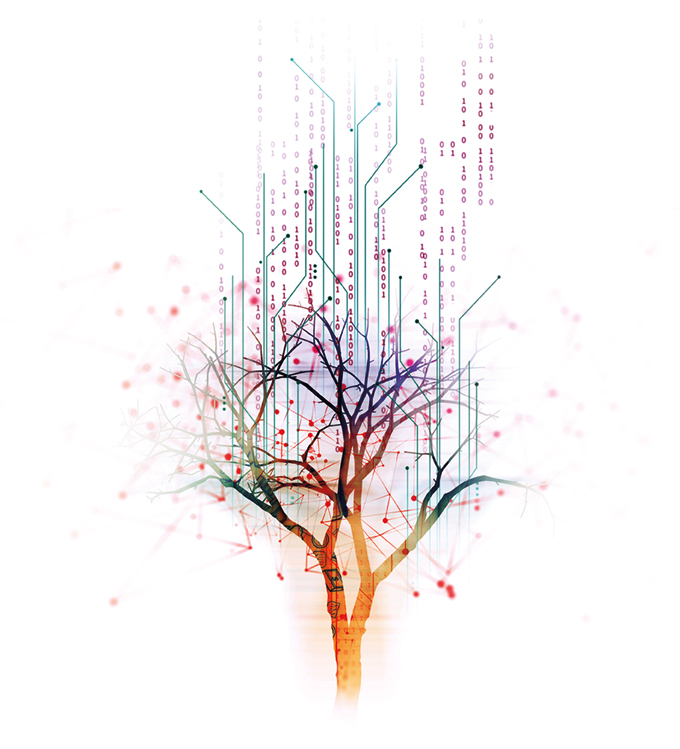 We are often told that regulation and technology are the key drivers of change in banking. This maxim remains true, but can distract from a more critical insight.

In 2018, regulatory reform and technology innovation will continue to reshape banking. But the changes they enable are being propelled by forces so profound and far-reaching as to require a fundamental rethinking and reconstruction of banks’ business models and operational structures, placing data at the core of both.

We know the second EU Payment Services Directive (PSD2) and application programming interfaces (APIs) will combine to make the client data held by banks more mobile and accessible. However significant, this is just one example of a much more transformational change. With so many of our economic interactions now being conducted via digital means, more data are being generated – and in more places – than ever before. This represents a shift in how financial value is generated, exchanged and recorded, and calls for data-orientated business models if banks are to avoid being marginalised.

In agrarian, pre-cash economies, value was exchanged and generated through nodes such as markets with a restricted number of participants and interactions, and few links between these nodes. These decentralised models, which required limited data exchange, were replaced by centralised ones as financial interactions meshed with the levers of government (e.g. treasury departments, central banks, tax authorities, etc), which collectively dictated the rules of financial intermediation and dominated its data flows. Today, however, we’re seeing the emergence of a distributed model, whereby governments oversee a framework that allows economic actors to choose how value is transferred from a range of competing options, leveraging technology innovations such as APIs and blockchain. In this distributed model, consumers and platforms are the nodes in the network, connected with APIs to access, exchange and mesh multiple data flows.

In this digital economy, banks have access to more data, but a less complete picture of client activities and needs. Digitisation’s impact in other industries is well established, but in 2018 it will become much more evident in banking. Over the next 12 months and beyond, we see three “mega-trends” as pointing the way to the future needs of clients and the changes banks must undertake to remain relevant.

The first mega-trend that will continue to drive change in banking business models is the rapid service digitisation that has transformed multiple industries over the past decade. These services leverage technology innovation to provide greater speed, choice and simplicity to users, with implications for banks’ traditional role in the financial value chain. As more services to consumers and businesses are delivered digitally, a more diverse range of data flows are being generated, while banking services are increasingly integrated into the back-end of third-party value propositions, meaning banks risk losing control and visibility of client data and relationships.

Having reduced margins and overturned business models elsewhere, service digitisation is now directly impacting banks, most notably through regulatory support for “open banking”, our second 2018 mega-trend. With the PSD2 entering force, regulators are encouraging competition from fintechs, primarily weakening banks’ traditional control of account and transaction information, while facilitating – explicitly or implicitly – new entrants in fields such as wealth management and lending. By unleashing new forms of competition and decentralising data, the new framework empowers firms that can use it to deliver value to the consumer, forcing banks to adapt operationally and strategically.

While PSD2 gives customers control over which service providers may manipulate their banking data, it is just one example of the power shifts in the new distributed data model of financial value. This third mega-trend of 2018 is driven by the increased volume, diversity and mobility of data flows in the digital economy, but is also supported by regulatory reforms that reflect the importance of data and digital identity in the exchange and reporting of financial value. The EU General Data Protection Regulation (GDPR), for example, not only governs how companies store and use data harvested from consumer interactions, but also offers opportunities for consumers to monetise their digital assets, via their new rights to grant or withhold access to their data history.

For decades, banks have held privileged access to client data, but their siloed structures have often frustrated efforts to create a joined-up view of the client and their future needs. Although service digitisation across multiple sectors and interactions has generated a treasure trove of data, banks are ill-equipped to maximise this opportunity. Few have the processes or infrastructure to effectively capture, store and analyse transaction data; moreover it represents a fragmented and fast-declining share of client activity. There is a real risk of further margin compression as banks’ value-add becomes less clear to the end-user.

There is an alternative for banks with the resolve and vision to change. In sector after sector, platform-based approaches are being adopted by incumbents in response to digital disruption. Though models vary, a key attribute is the ability to combine resources and relationships into a flexible value proposition that leverages data to inform future service development. By consolidating data from multiple retail partners with transaction information, perhaps in a budgeting app, banks can provide real insight and value, which are rewarded with loyalty and transaction fees. To do this, banks must not only reassess their data management, aggregation and analytics capabilities, but also develop new relationships and value propositions.

The pace of regulatory change in the finance sector might have slowed down, but 2018 will not mean a return to business as usual. 2008 was not just the year of the financial crisis but also marked the dawn of an era of digital transformation that is reshaping our economic and social lives, and now placing data at the centre of new business models.

Banks have long-known that effective data management is key to cost reduction and operational efficiency through greater automation, as well as effective defence against cybersecurity and other financial crime threats.

The distributed data markets of today’s digital economy – driven by the combined force of innovations such as blockchain, cloud computing and artificial intelligence – represent a more fundamental shift. As such, 2018 will be a critical year in the reshaping banks’ data management strategies, operating infrastructures and business models.

This article is also featured in the April 2018 issue of the Banking Technology magazine.
Click here to read the digital edition – it is free!